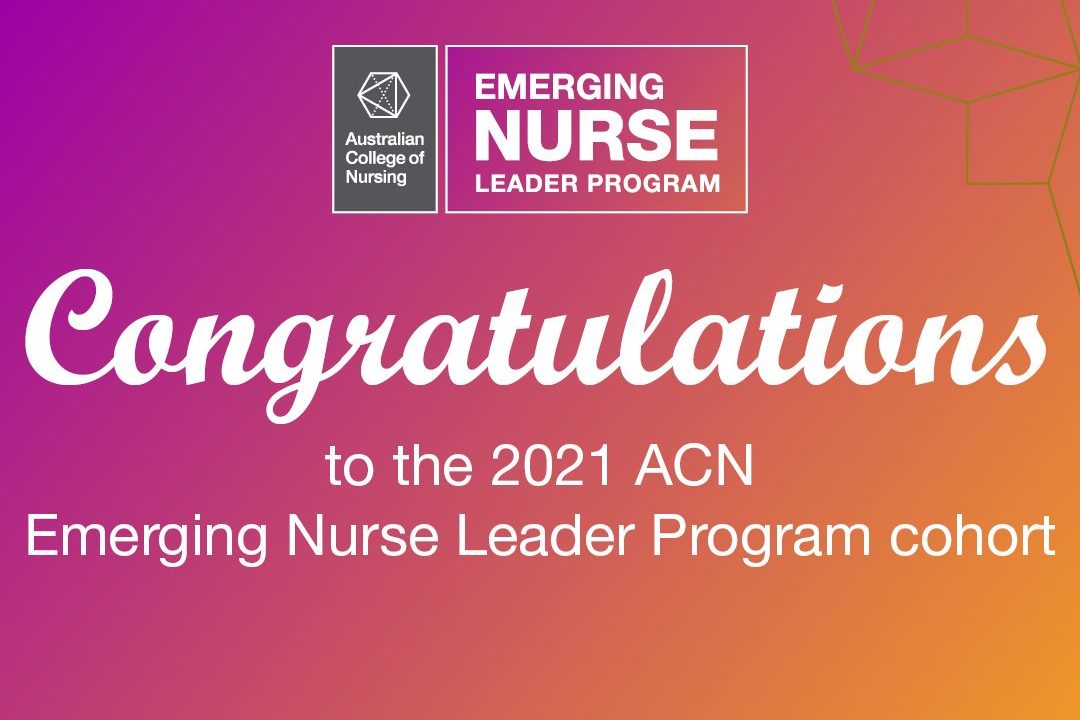 The Australian College of Nursing (ACN) is delighted to announce the following exceptional early-career nurses who have been selected to participate in the prestigious Emerging Nurse Leader Program in 2021.

The renowned program is divided into five stages reflecting the challenges and opportunities nurses face as they progress through their leadership journeys. Over a period of nine months, participants receive invaluable opportunities to develop their leadership skills and confidence, including mentoring, coaching, professional development and more.

Congratulations to the successful applicants, we can’t wait to see where this adventure will take you over the next nine months!

You can view the full bios of these up-and-coming nurse leaders on our website.

If you would like to learn more about what it is like to be an ENL, check-out our recent NurseClick series profiling the experiences of our 2020 cohort and a special video where the participants describe their time in the program in one word!