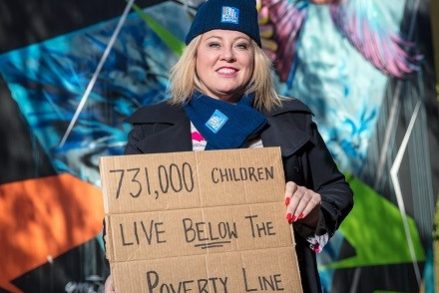 Ahead of this year’s CEO Sleepout, we spoke with the Australian College of Nursing’s (ACN) Chief Executive Officer (CEO) Adjunct Professor Kylie Ward FACN on why she continues to volunteer to sleep rough in Canberra in efforts to raise awareness and funds for people who experience homelessness.

Nurses provide holistic care all day, every day, everywhere. This means that when a patient is being treated by a nurse, their social, psychological, emotional, as well as physical health is examined. We also have a major role in health prevention and promotion of best evidence-based practices.We know that there is a link between various social determinants and poor mental health which can lead to homelessness; while becoming homeless can further exacerbate conditions and illnesses. Nurses are the interface of the health system and as such, are the first point of contact to inform and support many patients and consumers in their health care needs. We also see the impact that homelessness has on physical and mental health every day, so to have that compassion and care to help someone who is sleeping rough comes very easily to nurses.

My drive to contribute and participate in the CEO Sleepout comes from my level of compassion and empathy. As a nurse myself, I consider my participation as a way to support and help people get back on their feet.I am passionate about this cause as I understand that homelessness is a systemic issue in the community. I have previously been a foster parent for teenagers, and it has enlightened me to know that we could pinpoint the exact moment in one’s life where homelessness could become a reality for someone. We should be learning from these examples and identifying what can be done to support someone before they become homeless, including access to services available.

The recent case of Courtney Herron, a 25 year old woman who was found to have been sleeping rough and was bashed to death in Melbourne, was a particularly harrowing case that resonated with me. It has also reinvigorated my passion for the cause, and just as importantly protecting women and vulnerable populations.

To be treated with dignity and respect, especially during such vulnerable moments in one’s life, is essential for each person’s self-worth.

There are lots of misconceptions of homelessness and those who are experiencing homelessness, including such as the stereotype being mainly males, people carting around a trolley, or teenage runaways, just to name a few.

Older women, in particular, are underprivileged as they were not offered the working history and choice of careers that we have now, which means that many have not acquired the necessary superannuation of their male counterparts of the same age. During my career, I have helped a few elderly women who had been between accommodations and were not able to afford hotels. Sometimes the situation is that they need somewhere to stay for a short period of time. Life circumstances such as divorce, death of a spouse or loved one can plummet a person into a position that they had never imagined or could ever plan for.

The current approaches in helping to end homelessness have been promising, however there is still more that we as a community can do.

Housing affordability is something that we should be advocating for as some Australians are facing troubles regarding owning or renting a house and being able to maintain a sense of safety and security. Australia is very fortunate in the sense that our Government offers the social systems that society needs, compared to the many countries that abandon their vulnerable and underprivileged, however with over 200,000 homeless each night our social systems need support.

Although the factors and issues that people face differ with each case, it is hard not to include domestic and spousal abuse as to why women and children are affected by this plight. It is a systemic issue that women are undervalued in society and the community. According to Mission Australia, domestic violence is the leading cause of homelessness and ‘violence perpetrated by men against women and children [make them]… at risk of homelessness as a consequence’ (Mission Australia 2018).

The likelihood of sexual assault is increased for a person who is experiencing homelessness. I have heard of some women agreeing to a one-night stand in order to be sheltered for the night and have access to a shower.

Be prepared! Canberra nights are cold and sometimes wet so layering helps. I am always filled with gratitude for the people I meet, the learnings shared and for the volunteers and staff who commit to support those experiencing homelessness all year round. They are the true heroes.

Kylie will be participating in the 2020 CEO Sleepout on June 2020 with other members of ACN executive team. You can donate to their fundraising efforts here.

DiNicola, K, Liyanarachchi, D & Plummer, J, ‘Out of the Shadows, Domestic and Family Violence: a leading cause of homelessness in Australia’, Mission Australia, accessed 2 June 2019, <https://www.missionaustralia.com.au/publications/position-statements/Out-of-the-shadows>