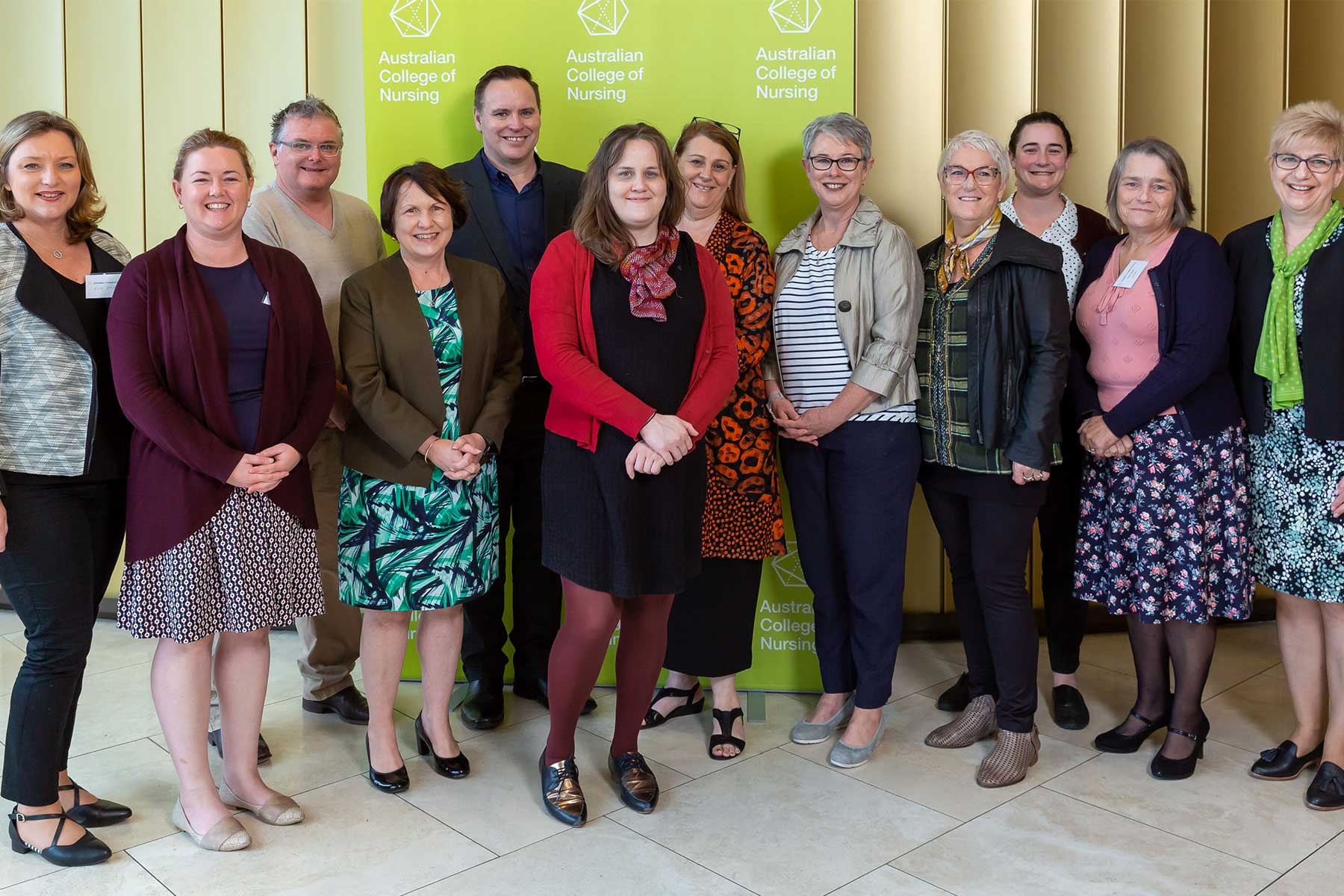 Members from ACN’s Affiliate organisations at the Policy Summit

Nurse leaders from across Australia and the world came together for the Australian College of Nursing’s (ACN) Policy Summit which was held in Canberra on March 19.

The Summit, which was held in a mixed face-to-face and virtual format, brought together members of ACN’s Policy Chapters, Working Groups, nurses and other health professionals to identify and discuss major policy opportunities and strategies to address these.

The ACN Policy Summit then turned to sharing the progress of ACN’s Policy Chapters and Working Groups over the past 12 months. The Chairs and Co Chairs of each of these groups presented a brief, five-minute overview of their work, which included the launch of several important policy documents including:

This substantial amount of work does not happen without extensive contributions from our valued Fellows and Members. We are very grateful to have them share their time and expertise with us to produce these policy documents.

The afternoon break-out session provided the opportunity for Members of ACN’s Policy Chapters and Nurses and Violence Taskforce to come together and plan their advocacy work for the upcoming years. The results of these productive sessions were presented to the entire Summit in the final plenary session of the day. We are very excited about the work our Policy Chapters are looking to produce in 2021 to continue advancing the nursing professions role in the policy arena.

Thank you to all who presented and attended throughout the day. We can’t wait to see you next year on 11 March in Canberra!

If you would like to relive the action from across the day, be sure to check out the hashtag #ACNPolicySummit on Twitter throughout the day.