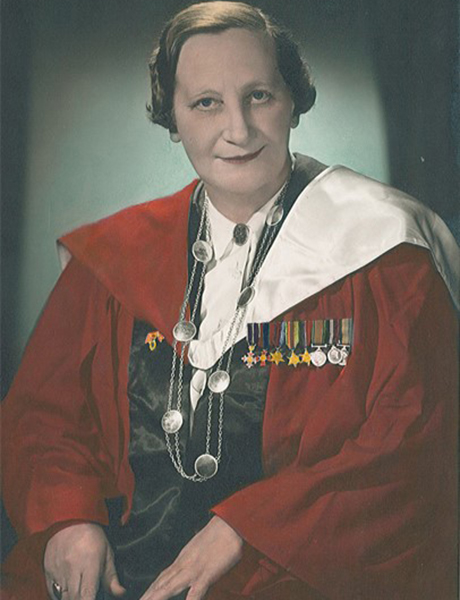 Annie Sage first registered as a midwife in 1924 and then obtained her general nursing certificate in 1926. She saw military service in WWII in the Middle East as Matron, then became Matron-in-Chief AIF and was later promoted to Colonel. She organised the AANS for duty in South-West Pacific Area and oversaw the training scheme for the Australian Army Medical Women’s Service. She assisted in the repatriation of the 24 Australian nurses imprisoned by the Japanese in Sumatra. In 1949, she became the inaugural president of the College of Nursing Australia (CNA). Annie also helped establish ANMC.