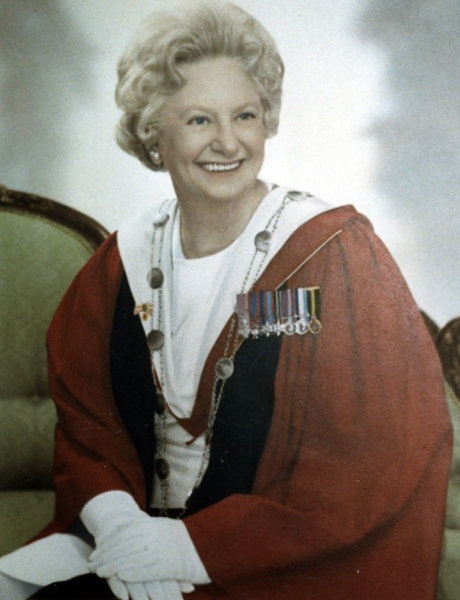 Possibly the most well-known of Australia’s nurses, Vivian Bullwinkel was born in Kapunda, SA, and trained as a nurse in Broken Hill, NSW. She enlisted in the AANS in 1941 and was posted to the 13th Australian General Hospital. Vivian was the sole survivor of the Bangka Island Massacre after the SS Vyner Brooke was attacked by Japanese war planes in February 1942. She was a POW for three years. Vivian retired from the Army in 1947 and became the Director of Nursing at Melbourne’s Fairfield Hospital. In 1973, she was President of the College of Nursing Australia (later RCNA). She devoted herself to the profession and to honouring those killed on Bangka Island, raising funds for a nurses’ memorial and serving on numerous committees.