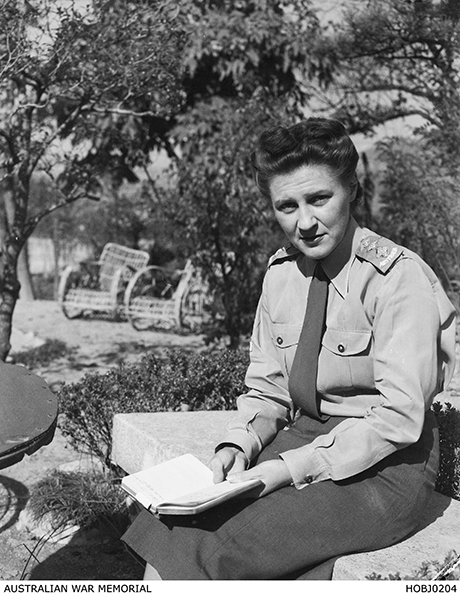 Perditta completed her training at Sydney Hospital in 1939 and enlisted as a member of the Australian Army Nursing Service (AANS). She served with the Second Australian Imperial Force (AIF) in WW2 in Papua New Guinea, followed by the British Commonwealth Occupation force of Japan, the Korean conflict, Malaya and then in the Vietnam War. She recalled initial opposition and resentment when posted to a medical unit in Seoul, Korea, in 1953; women were not usually so close to the front. But the nurses made their point, they only wanted to care for the wounded. Her distinguished career culminated in the highest promotion any nursing officer has reached – to Brigadier.