Why Australia needs a Climate and Health Community of Interest 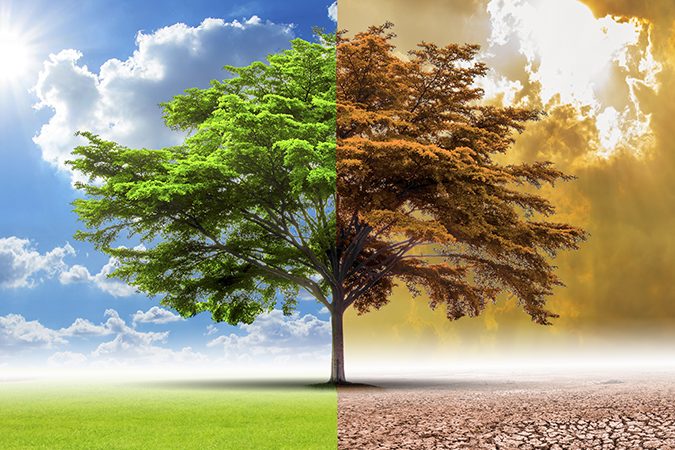 ACN embraced Communities of Interest (COIs) as a mechanism to facilitate mutual collegial support to optimise our nursing expertise and professional efficacy, and to advance the voice of nurses on key health issues facing the nation.

The Climate and Health COI differs to the other ACN COIs as few nursing positions currently identify climate change as central to the role. As a novel threat to human health, all nations are coming to terms with their own climate change health risks and designing appropriate responses. We know demand for nursing expertise on climate change will emerge soon, and possibly on a tsunami-like scale.

Recognised as honest and informed health professionals, nurses consistently rank as one of the most trusted professions. Our professional health advice is sought both within our professional domain and our personal and private pursuits. So NOW is time for nurses to up-skill on climate risks and protective health strategies.

The figure above (NSIDC, 2018) ranks heat/cold for each month of each year since 1979 in the Arctic and shows the speed of warming, now 100 times faster than ever before. Global average atmospheric carbon dioxide in 2017 was 405.0 parts per million (ppm), higher than at any point in at least the past 800,000 years, where the previous peak was 300ppm (NOAA et al., 2018). Continued emissions release means a further warming 3 or 4ºC is inevitable, and it will be rapid (IPCC, 2018). Global mitigation efforts to avert this health emergency have begun, but remain too slow. For example, the Australian Government’s own figures indicate Australia’s greenhouse gas emissions have increased for the third consecutive year, and are not likely to reach our Paris Agreement commitments (Department of Environment and Energy, 2018).

The global risk of heat-related illness or death has climbed steadily since 1980, with around 30% of the world’s population now living in climatic conditions with extremely hazardous high temperatures persisting several days a year. This includes Australia. Between 2000 and 2016, the number of vulnerable people exposed to heatwave events has increased by approximately 125 million (WMO, 2017).

Climate change brings direct health impacts as well as indirect. For example, the International Monetary Fund (IMF) calculates that a 1°C increase in temperature could lower per capita economic output by about 1.2%, which is very problematic for the world’s poor. Extra heat also diminishes people’s capacity to work (Hanna et al., 2010).

Global warming expands the world’s ‘hot zones’ and thus expands the geographical niches suitable for disease carrying parasites, such as the mosquito. A latitudinal gradient exists in national wealth, whereby richest countries enjoy temperate climates. Vector-borne and parasitic diseases are drivers of the latitudinal gradient in income, and the burden of these diseases is predicted to rise as biodiversity falls (Bonds et al., 2012). Increased heat and humidity from climate change will further intensify the economic burden as well as discomfiture in the world’s tropical and subtropical zones, including Australia.

Significantly, economic losses from extreme weather events usually quote insured losses only, whereas the poor often cannot afford insurance, hence their losses are not counted. The most costly events occur in wealthy countries, whereas the proportional GDP costs and mortality are highest in poor countries, and among the poorest in wealthy countries. Australia’s neighbours in Asia and the Pacific are among the world’s most vulnerable to climate change, and many will be forced to seek refuge in other countries.

Of the wealthy countries, Australia is regarded extremely vulnerable to climate change due to limitations on adaptive capacity to withstand amplification of our naturally extreme weather conditions. Australia also has the world’s most variable rainfall, and our average daily temperature is 13.7ºC warmer than the global average of 8.1ºC (Hanna EG et al., 2018). Although warming only 1ºC since records began, Australia has witnessed a five-fold increase in the frequency of extreme temperatures (> 2 SD), and new ‘hot’ records now exceed ‘cold’ records by a factor of 12:1 (Lewis et al., 2015). Some parts of Australia already reach 50ºC, and in a few years, Perth, Adelaide Melbourne and Sydney are also likely to breach that threshold (Hanna L, 2017).

The Australian Summit on Extreme Heat and Health recognised that exposure to heat is Australia’s greatest health challenge, as more Australians die from heat exposure than any other natural disaster (Hanna E et al., 2016). Acclimatisation offers only limited protection as despite a highly efficient thermoregulatory system, there are upper limits to human thermotolerance (Hanna EG et al., 2015). This means many days in summer will become too hot for people to flourish, to work, sleep and play, and ultimately to survive. Plants and animals are also thermo-limited.

Climate projections now indicate that continued warming will generate cascading hazards on various temporal and spatial scales. Between 1998 and 2017 disasters killed 1.3 million people and left a further 4.4 billion injured, homeless, displaced or in need of emergency assistance, 91% of all disasters were caused by floods, storms, droughts, heatwaves and other extreme weather events, that is by climate. Two major heat waves killed 70,000 people in the UK and Western Europe in 2003, and 55,000 in Russia/ Eastern Europe in 2010.

Climate change has reversed the successful trajectory of Sustainable Development Goal 2 – Zero Hunger, as climate both directly reduces food yields and triggers mass migration and conflict, which indirectly reduces food production and access to food. Climate change is exacerbating global hunger. In 2017, 821 million people across the globe were undernourished and 22% of children were stunted (FAO et al., 2018). Australian figures indicate that over 13% (including 17% of children) are living below the poverty line and hunger is increasing (ACOSS et al., 2018).

In 2017, The Lancet reported that “human symptoms of climate change are unequivocal and potentially irreversible—affecting the health of populations around the world today” and added that the “delayed response to climate change over the past 25 years has jeopardised human life and livelihoods” (Watts et al., 2017). As nurses, we cannot stand idly by and let this happen. We must harness our energies and resources to put a halt to rampaging climate change, and assist our communities to adapt to the inevitable warming and climate disruption that is embedded in the climate system inertia.

FAO, IFAD, UNICEF, WFP, & WHO. (2018). The State of Food Insecurity in the World – 2018. Building climate resilience for food security and nutrition. Rome: Food and Agriculture Organization of the United Nations Retrieved from:
http://www.fao.org/3/I9553EN/i9553en.pdf

Hanna L. (2017). The reality of living with 50°C temperatures in our major cities. The Conversation, 6th October, http://theconversation.com/could-we-acclimatise-to-the-hotter-summers-to-come-11507

WMO. (2017). WMO Provisional statement on the status of the global climate in 2017. World Meteorological Organization Retrieved from: http://public.wmo.int/en/media/press-release/provisional-wmo-statement-status-of-global-climate-2016