New memorial to remember the Bangka Island Massacre 80 years on 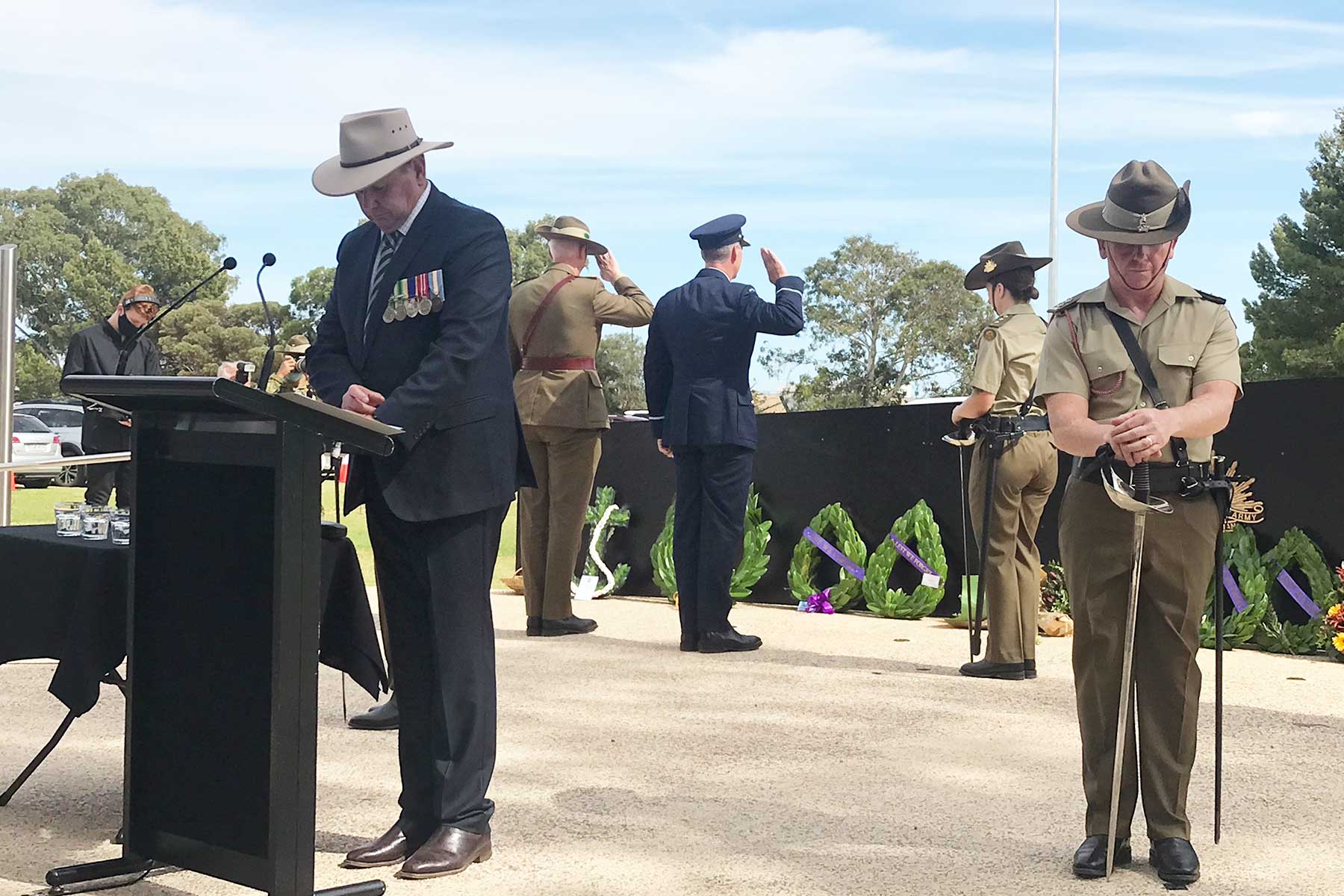 The Memorial Service included the unveiling of a memorial dedicated to the massacre, which killed 21 Australian Army Nursing Service nurses. Lieutenant Colonel Vivian Bullwinkel AO, MBE, ARRC, ED was the only survivor.

Alyson laid a wreath at the service on behalf of ACN and reflected on her experience. 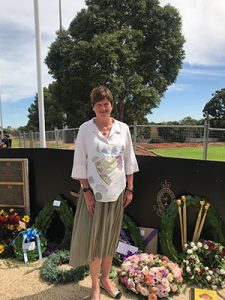 Sunday, 13 February 2022 was a beautiful sunny day with a light breeze for the 80th anniversary of the Radji Beach massacre. This annual memorial service is organized by the South Australian Women’s Memorial Playing Field Trust Inc. and is a truly moving tribute that remembers all women who died for Australia and freedom in World War II and in particular, the 21 Australian Army Nursing Sisters massacred at Bangka Island on 16 February 1942.

The service was at the recently upgraded South Australian Women’s Memorial Playing Fields in Adelaide, South Australia. The service was attended by dignitaries, descendants of the Nursing Sisters, the defence forces and other guests. It also provided the opportunity for the inauguration of the new memorial to the Bangka Island massacre victims and sole survivor by the Governor General of Australia His Excellency, General The Honourable David Hurley AC DSC FTSE (Retd).

This memorial is the Southern Hemisphere’s largest memorial for women in remembrance of one of the worst atrocities in our modern history. It has become an important memorial to the memory of all women who made the ultimate sacrifice during their service in the Australian Defence Forces in all theatres of war.

The modern memorial sculpture is impressive and comprises of 22 poles. 21 stainless steel poles represent each fallen Nursing Sister and includes their name and details. One brass pole has the details of the sole survivor, Lieutenant Colonel Vivian Bullwinkel.

His Excellency, General the Honourable David Hurley expressed the importance of keeping history alive and ensuring the memory of the Nursing Sisters and the Radji Beach massacre continue to be remembered for generations to come. 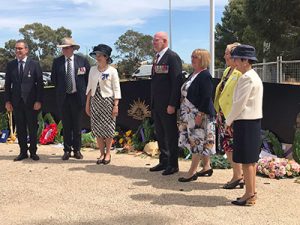 A poem titled Bangka Strait, written by Keith Shegog eloquently summarises the tragic loss of the 21 Nursing Sisters and the sole survivor of the massacre. The poem has been included in the service for many years and a copy is provided in full below.

This day we remember the chosen few

A sinking ship, a prayer to Him

Rally together, though bodies do ache

Helping the others, they make for shore

For those that stayed, they could do no more

Through the night, no reason to rejoice

On reaching shore there is little choice

Surrender, what else can be done

None could imagine the massacre to come.

Sounds of gun fire, a prayer to Thee

One survived the final test

So remember, those the good Lord took

Their journey began with the sinking of ‘The Vyner Brooke”.