A trip down memory lane: Hospital-based nurse training and the need for reforms 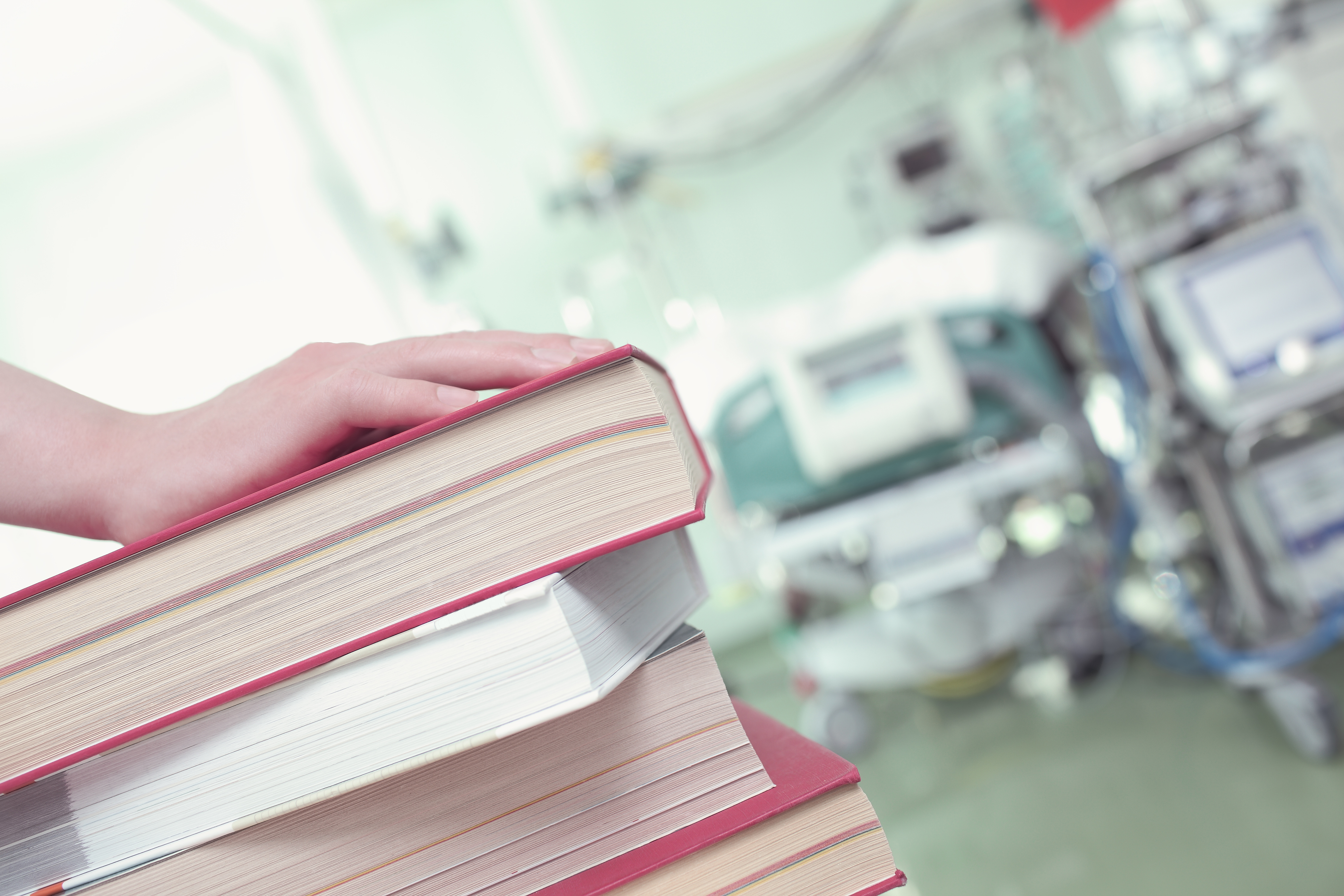 Florence Nightingale’s model of “on the job” hospital-based nurse education was successful and quickly adopted by many countries. In Australia, it was implemented during the latter part of the nineteenth century and when women only were accepted as “trainees.” As low paid employees they were a subservient and subordinate workforce within a hospital hierarchy where medical dominance prevailed. Trainees were required to provide patient care and perform non-nursing duties.

In South Australia during early 1966, a few weeks after leaving secondary school, I commenced employment as a trainee in a four-year long hospital-based apprenticeship style course. It was developed from the Nightingale model of “on the job” learning, a concept that was interpreted according to organisational needs. My course comprised of two parts with the first being completed in a small rural hospital and for the second, at a city based one located in Adelaide. It was a transfer arrangement for the continuation of trainee employment only and after completion of the first-part. In the rural hospital there were not any academic or clinical programs in place for its trainees but some assistance was available for examination preparation.

I learned mostly from my peers who had been employed either a few weeks or months in advance of me. There was very little clinical supervision from registered nurses for procedures such as the administration of intramuscular injections. In my experience, I was provided with a brief explanation and supervised in its administration just once. Thereafter, I performed this procedure independently. The opportunity for accidental patient harm in this environment was enormous. Trainees provided all aspects of nursing care around an amazing list of arduous non-nursing duties. The hospital was always spotlessly clean but there was very little time for patients.

There was little or no explanation given on how to manage adverse events such as a cardiac arrest other than calling for immediate assistance; and hardly any support in the workplace for trainees. I recall the incredible shock of witnessing the birth of a baby with severe life-threatening physical abnormalities. The doctor and registered nurse talked about how they were feeling about this traumatic outcome, whereas I was told to get on with my work while in a distraught state. The only support was from peers through frequent conversations conducted in the nurses’ home because we were required to live in. We would talk about patient and workplace issues and go on to develop strategies for possible future use. It was an excellent form of peer learning.

Why would anyone go through this? At that time, there were not many career opportunities available for young rural women. For me, after being accepted as a trainee, I was filled with gratitude and the tremendous joy of becoming financially independent. Such sentiments were most influential in my complete acceptance of the workplace conditions. After passing my anatomy and physiology examination, I started the second part of my training in Adelaide during 1968.

On the first day at the city-based hospital, I attended an orientation program with other trainees, from various rural hospitals throughout South Australia. We were called “transfers” and this appellation remained in place because it served to differentiate us from the more respected homegrown trainees. During her welcome speech, the head of school condemned the first part of our training due to its outstanding academic and clinical deficiencies. If we continued with our training, we were doomed for failure. It was recommended we consider becoming a nurse’s aide instead. While this forthright evaluation was both confronting and upsetting, it was however, an accurate one.

The irony of the transfer arrangement, even though it was held in great disdain, was its continuation even after my time. It was simply a pragmatic process of maintaining a cost-effective nursing workforce. Many transfers did not continue their training often due to academic failure and resulted in high attrition rates. The cost for each individual was the loss of the expectation to develop a career. I frequently struggled with the social, cultural and political elements of a larger hospital but peer support, once again, was crucial to bolster resilience. There were other difficulties associated with maintaining the motivation to study around full-time shift work, encompassing both day and night duty.

Lecture attendance was compulsory and easier to manage when on a daytime roster. When on night duty, lectures were scheduled for the early part of the afternoon or just after a very busy night, to minimise disruption in organisational function. For trainees, lectures fostered a passive learning approach, because lecturers were far more active in delivering content through didactic presentations. They delivered content about disease states, anatomy, physiology and principles of surgical and medical nursing for adults and very little about paediatrics. There was either limited or no information related to the role of the nurse in emergency events, communication skills or how to manage in difficult situations with either patients, or their families; and nothing about advancements in health technology, the impact of scientific knowledge and/or research in health care delivery.

Ward allocations for trainees were not designed to connect theory with practice but rather about maintaining adequate staffing levels. The serendipity of allocations resulted in a disparity of learning opportunities where some trainees gained more than others. Although there were less non-nursing duties in the second part, the support from registered nurses fluctuated widely according to their workload demands, confidence and competence in practice.  The role of clinical teachers just did not exist then.

My initial registration as a nurse occurred in 1970 and instead of commencing a position as a “staff nurse,” I opted to begin a midwifery course in Victoria. I just did not feel ready nor adequately prepared to function as a registered nurse. Although I had been very well prepared for task-based activities, I lacked any preparation for clinical leadership and increased independence in practice.

Rapid and constant advancements in health care imposed a growing pressure on nurses to be more intellectually engaged in the delivery of patient care by applying for example, problem-solving and decision-making processes. These attributes are critical in the face of expanded use of complex medicines and technology and where patient safety and risk management is a priority.  In view of these advancements many respected Australian nurse leaders made repeated calls for reforms in education to better prepare nurses but they were largely ignored. A national review was eventually conducted and a key recommendation included that nurse education be transferred into the higher education sector by 1985 (Sax et. al, 1978, p. 118).  Hospital administrators were therefore, forced to reconfigured their nursing workforce.

The transfer of nurse education from hospitals to the higher education sector resulted in turmoil and mixed emotions. Many lamented the loss of the “real hands on nurse” whereas others, including me, were jubilant. Teaching and learning in nurse education became, and continues to be, a core priority in the higher education sector.  It sought and continues to seek those with academic capability to engage in intellectual activities such as curiosity, critical assessment, analysis, interpretation, evaluation and synthesis, all of which are celebrated. They also represent the hallmarks of professionalism. Advancements in the professionalisation of the nurse commenced with education reforms, removal of non-nursing duties following industrial action and changes in professional standards by regulation authorities to endorse autonomy of practice.

Nightingale’s model of education is well acclaimed for improving health care services and transforming nursing into a respectable career. The legacy of this model prevails today through the many theoretical concepts that continue to be relevant in nurse education. Over the past few decades the role of the nurse shifted from subordination to advancing autonomy in practice, with professional recognition as a health practitioner and of equal standing with others. What incredible time in Australian history!

Grehan M. 2014. The Encyclopedia of Women & Leadership in Twentieth-Century Australia: A resource for anyone interested in the history of women and leadership in the twentieth-century. Published by the Australian Women’s Archives Project 2014. Retrieved December 4th 2018 from: https://www.women.australia.info/leaders

Kenny D and Adamson B. 1992. Medicine and the health professions: Issues of dominance, autonomy and authority. Australian Health Review, 15(3), 319-34.

Nightingale F. 1860. Notes on Nursing: What it is, and what it is not. (First American Edition). New York: D. Appleton and Company. Retrieved August 12th 2019 from: https://digital.library.upenn.edu/women/nightingale/nursing/nursing.html