Climate and Care: Climate change is a humanitarian issue 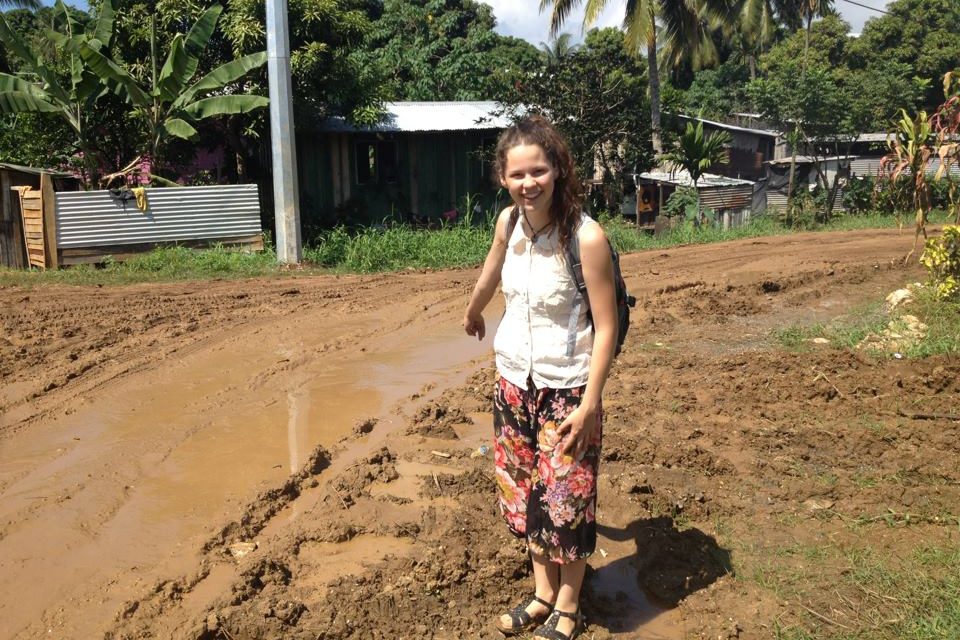 I wasn’t always as motivated to engage with the issue of climate change as I am now. As a teenager I was very much aware of the risks it posed to our world; and yet I never felt connected with the issue. The problem didn’t feel like it was mine to deal with. Instead, I was much more intrinsically drawn to humanitarian issues. I paraded around towns collecting signatures for petitions, worked on campaigns to bring about the end of poverty, rehearsed the Millennium Development Goals backwards (before the Sustainable Development Goals had surfaced) and accepted volunteer opportunities that took me to remote areas of the Solomon Islands.

While I no longer stroll up and down streets collecting signatures for petitions, my humanitarian activism did not waver. Actually, quite the opposite happened! As I sat in a lecture theatre in the first year of my nursing studies learning about the pioneers of the profession – the call to serve was never louder.

It followed me on my walk home.

It shouted at me as I progressed through my placements.

It trumpeted an alarm as I woke each day and soothed me in lullabies as I closed my eyes each night.

The call-to-serve echoes in my ears even now as I prime lines, take vital signs and prepare medications.

It speaks through me, as I provide health education to my patients and their families.

The word nurse and humanitarian are now synonymous to me. But realising that climate change was something I could (and needed to!) help prevent, didn’t happen for me until I watched the recent Damon Gameau documentary 2040. Though academically I knew the risks of climate change on human structures – I wasn’t burdened by its looming shadow until I watched this documentary. Please don’t get in your minds that the film is all doom and gloom… it isn’t. Instead it posits a perspective of what our world could look like in 2040 if we embrace all the environmentally sustainable technology that is available to us now. Gameau and his documentary team gave me hope.

And it came burrowing into every facet of my being. I was charged. My eyes were open. I could do something about climate change. Frantically, I rewired my life (more about that in future Climate and Care articles), but I also rapidly realised that I had a lot to learn very quickly.

What I’ve come to appreciate, from all  this reading is that climate change is not just an environmental issue… it is a humanitarian issue.

It is a humanitarian crisis.

The World Health Organization has outlined climate change as one of the greatest threats to health and there is widespread fear that it has the potential to undo the public health advancements of the past 50 years. In 2018, the United Nations Intergovernmental Panel on Climate Change released its Special Report on Global warming of 1.5 Degrees Celsius.  In this report, they discuss the impact of climate change on health. Extreme weather events (which will most certainly result from climate change) influence health in a variety of different ways. These are often discussed as primary, secondary or tertiary health impacts. Primary effects refer to the direct exposure to the weather event (i.e. dehydration during a heatwave), secondary effects result from disruptions of surrounding ecosystems affecting food and spread of disease and tertiary effects resulting from the disruption of social, political and economic systems.

I don’t know about you… but on any ONE of these levels, my humanitarian call-to-serve trumpet is going CRAZY! As a paediatric nurse, I am also drawn to act, particularly as I have had firsthand exposure to the adverse health effects of pollution and climate change on vulnerable Australians. On my ward alone, I frequently care for children experiencing acute exacerbations of asthma which worsen with higher air particulate matter, as seen during last summer’s bushfires (Martin, Hanigan, Morgan, Henderson, & Johnston, 2013). I also rehydrate children who have experienced gastroenteritis, an illness which increases during heat waves (Hanna & Tait, 2019 & Hayes, Blashki, Wiseman, Burke., & Reifels, 2018).

There are many people tackling this issue… and gone are the days where we questioned whether climate change was indeed a threat to health. I encourage you to watch the documentary 2040 – without it I’d no doubt be feeling overwhelmed by the events of the last year. There is no reason to be discouraged to a point of paralysis, even though we are living through a climate emergency.

I know one group of people who are not afraid of the word emergency… NURSES!

Through times like these, community is crucial. Join our Community of Interest where you can explore ideas, learn more about Climate and Health and join our symphony of trumpeting calls to serve!