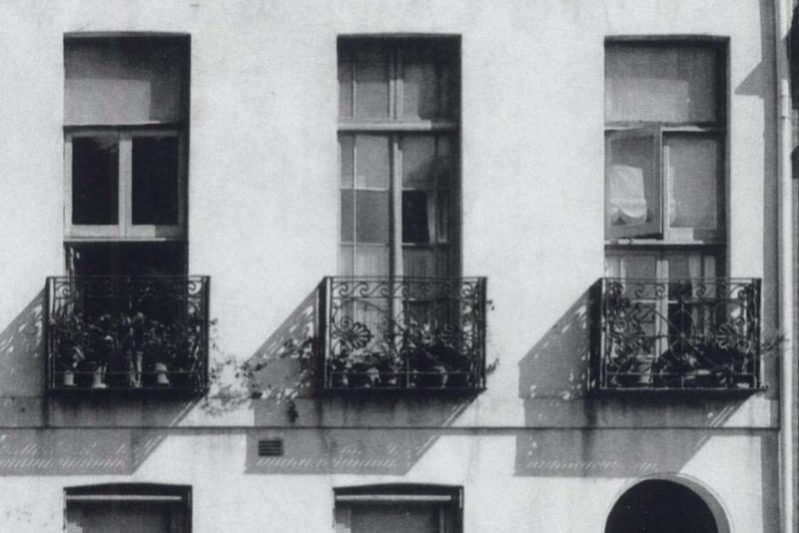 Specialty post-graduate education and the establishment of nursing Colleges.

Discussions regarding the need for nursing to emulate health professionals- such as dentists and pharmacists- by now transitioning their education to the tertiary sector – had been underway since the early 1900s (Schultz 2018). In 1912, as state branches of the Australasian Trained Nurses Association (ATNA) were being established, an Australasian Nurses Journal (ANJ) editorial posed the following question, ‘in this age of progressive higher education….universities all over the world are opening their doors to students of many commercial and utilitarian sciences….should not the profession of nursing be considered worthy?’ (ANJ 1912- cited in Schultz 2018, p. 537).

Despite these enquires, the disruption caused by WW1 led to a decade passing before Dr JS Purdy (Medical Officer for Health, Sydney), again raised the topic of nurse education (Schultz 2018). In an ANJ article published in 1924, Purdy indicated it was, ‘noteworthy that the old apprenticeship system of training still survives in schools of nursing, although generally speaking is obsolete in other professions…The responsibility for a nurse’s training should be transferred to the recognised educational authorities of the country’ (Purdy 1924, cited in Schultz 2018, p. 538).

Yet another decade passed before the first ‘Diploma of Nursing’ was proposed to The University of Melbourne’s Professorial Board. But, the level of detail provided was deemed inadequate and consequently, the curriculum was not accepted (Schultz 2018). Nevertheless, the Board recommended the course be offered through a proposed College of Nursing, to be established in Melbourne (Schultz 2018). This decision was welcomed by Victorian nurses, who were extremely motivated to launch a College of Nursing, Victoria in 1934, to coincide with the state’s centenary celebrations (Schultz 2018). However, achievement of this goal required the establishment of a new organisation (with a new constitution).

Nurse leaders successfully accomplished this in 1934 by replacing the Royal Victorian Trained Nurses’ Association (RVTNA) with the Royal Victorian College of Nursing (RVCN). In March 1935, the ‘Higher Education Certificate of Nursing’, became the first course offered. From 1937, post-graduate courses in ‘Teaching’ and ‘Administration’ also became available. Lectures were held at Melbourne University, the Melbourne Technical College and the Teacher’s Training College (Schultz 2018). While the RVCN initially focused on nurse education, over time their activities became increasingly industrial, with issues such as a minimum wage for nurses and trainees also receiving attention (Australian Nursing & Midwifery Federation [Victorian Branch] 2020). The ATNA’s Education Committee simultaneously announced their intention to construct a syllabus of post-graduate lectures which would be offered throughout 1937 (Schultz 2018).

The outbreak of WWII (1939-1945) again disrupted progress. Nurses performed admirably during the war, but their experiences highlighted the need for high quality preparation to practice in a variety of clinical settings and the development of leadership skills. Following WWII, nurses resumed their campaign for improved basic and post-basic training and for a national College of Nursing (Schultz 2018).

In December 1946, the national Florence Nightingale Memorial Committee (FNMC) was founded, with branches established in all Australian states. The Committee aimed to provide post-graduate education opportunities for nurses (Bessant 1999). Highly regarded post-graduate courses were now available in the UK, Canada and USA, yet nurses had no option but to self-fund their participation. In the post-war era, state and federal governments had other priorities and were unwilling to commit funding to establishing Colleges of Nursing, or the provision of scholarships (Schultz 2018).

At the inaugural meeting of the national FNMC, Muriel Doherty and Agnes Walsh were elected joint vice-presidents (Russell 2007). Doherty was also elected convener of the education sub-committee and would later establish- and become a founding Fellow- of the NSW College of Nursing (Russell 2007). Regular meetings between the Australian Nursing Federation (ANF) (established in 1924 to unite the state and territory nursing organizations) and the national FNMC (focused on post-graduate education), continued. During meetings conducted in 1948 and 1949, nurse education was a regular discussion point (Schultz 2018). Yet, as had been seen in 1949 when attempts to unify nurses under one national industrial body had led to the ANF and The Australian United Nurses’ Association working ‘independently side by side with each having its own policy’ (Schultz 2018, p. 536), the establishment of one national College could not be achieved.

On 5 January 1949 in NSW, a mass meeting of nurses was held in the British Medical Association (BMA) Hall, on Macquarie Street in Sydney. This meeting resolved to establish the NSW College of Nursing. The NSW Nurses’ Association and Institute of Hospitals’ Matrons of NSW and ACT all agreed this was necessary. It was believed that a post-graduate nursing college should be established to stand alongside the Australian College of Surgeons (Bessant 1999). On 12 January 1949, the Provisional Council met and the NSW College of Nursing was launched. The primary objectives were to educate nurses, promote the art and science of nursing and advance the nursing profession (ACN 2020). The first courses offered in 1949 were the ‘Nurse Administration Diploma’, the ‘Sister Tutor Diploma’ and the ‘Industrial Nursing Certificate’. In 1950, the ‘Operating Theatre Technique and Management’ course was added. Reciprocal registration for these courses was offered in each state of Australia and by the General Nursing Council for England and Wales. Consequently, these valuable qualifications were recognised across Australia and in the UK. In February 1950, the NSW College of Nursing council set up a sub-committee to consider granting Membership and Fellowship. The first Investiture of Fellows was conducted at the Great Hall of the University of Sydney on 18 Sept 1952 (ACN 2020).

Meanwhile in Melbourne, the College of Nursing, Australia- later renamed the Royal College of Nursing, Australia (RCNA)- began offering postgraduate nursing diplomas in ‘Ward Management’, ‘Nursing Administration’ and ‘Education’ (Cerasa 2009). The RCNA were motivated to raise funds to provide travelling scholarships and to promote short term educational courses, conference attendance and their own study days, seminars and conferences (Cerasa 2009). Overtime, the RCNA re-evaluated its purpose and adjusted its activities. In a move accompanied by their geographic relocation from Melbourne to Canberra, RCNA ceased offering formal education in order to reframe the organisation as a ‘key player in the professional arena and gain kudos and recognition as an important advisory body for the nursing profession’ (Cerasa 2009, p. 163). This objective was achieved by seeking representation opportunities and establishing collaborative arrangements with other health and nursing organisations. In 2003, the NSW College of Nursing was renamed The College of Nursing (TCoN). On 1 July 2012, TCoN and the RCNA finally unified, amalgamating to form the Australian College of Nursing, ‘the Australian member of the International Council of Nurses (ICN)’ and ‘preeminent and national leader of the nursing profession ‘(ACN 2020).

However, notwithstanding these significant advances, the Australian nursing community did not reflect Australia’s increasingly diverse population, nor the accomplishments of our First Nations People. In the next article, the successes of our first Aboriginal registered nurses will be elaborated upon.

Are you interested in learning about the history of nurse education in Australia? You can check out parts one to five in the series on our NurseClick blog.

Schultz, B 2018, A Tapestry of Service. The Evolution of Nursing in Australia. Volume 2: Beyond 1900- The Story Continues, Queensland University of Technology, Brisbane.