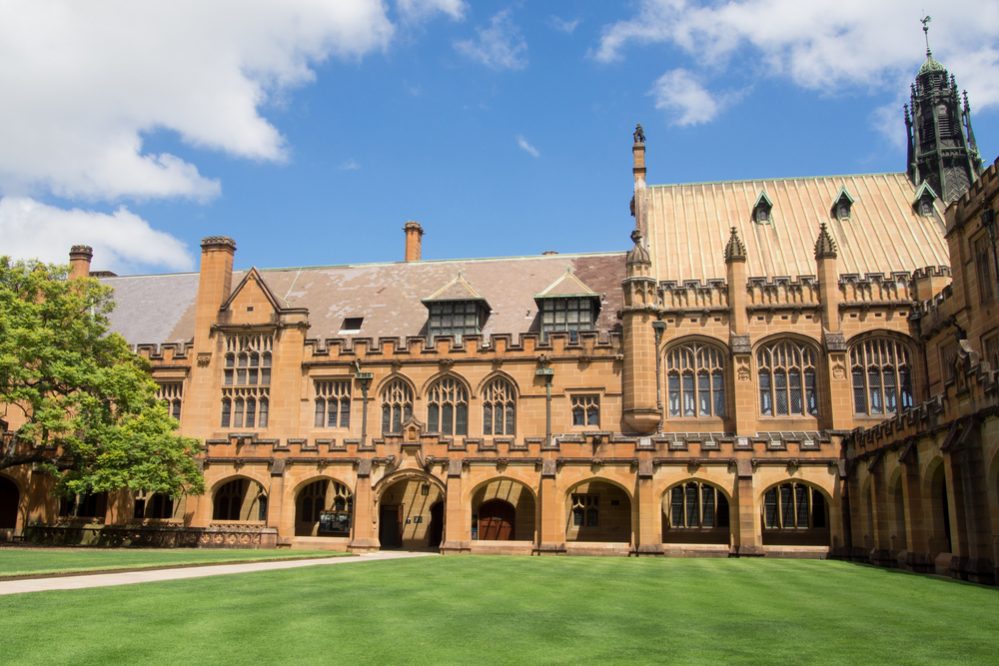 The historic Quadrant Building at the University of Sydney

As previously discussed in this series, Australian nurses were originally trained in public hospitals, under an apprenticeship system. During the early 1900’s, The Australasian Trained Nurses’ Association (ATNA) established the minimum standards of clinical and theoretical knowledge required to be delivered by accredited nursing schools, while also maintaining a register of nurses to which applicants were admitted following successful completion of final, state-based examinations (Australian Govt Dept of Health [DOH], 2013a).

However, by the mid- 1950s, significant political and social change occurred which transitioned nurse education away from the hospital system. The end of World War II (1945); adoption of the Universal Declaration on Human Rights (1948); the civil rights and women’s movements (1960-70s); and the post-war advances in technology and pharmaceuticals, all contributed to rapid political, social and economic change (Bryant, 2015). During the 1970’s, a universal health scheme, free access to hospitals and subsidised health services were introduced in Australia (Bryant, 2015).

These developments permanently altered consumer expectations regarding modern health care and mortality, especially as they were accompanied by an explosion in health research and diagnostic tools, which nurses were expected to utilise in practice (Bryant, 2015). It became increasingly evident that nurses required a deeper educational base, not only to prepare them for advanced practice and post-graduate study, but also because the hospital-based apprenticeship system imposed a significant financial burden on Australia’s healthcare system (Bryant, 2015).

Furthermore, evidence of successful tertiary programmes now existed. For example, the University of Edinburgh offered their first nursing degree, in 1956, and New Zealand began delivering nursing diplomas through polytechnical colleges, in 1967 (Adlam et al., 2009; University of Edinburgh, 2020). In Australia, nurse education began transitioning to the tertiary sector in 1973 when “a small group of nurses representing all the major nursing organisations in Australia came together to devise a plan of action” (p. 5). This collaboration produced a manifesto – entitled, “The Goals in Nursing Education – Part II”, which was used to lobby state, territory and federal politicians for change (Bryant, 2015).

Nurse education simultaneously became a feminist issue debated in the context of equality, career advancement, professionalism and access to education. These discussions occurred following two historic Industrial Commission decisions relating to equal pay for equal work, and between sexes (Bryant, 2015). They also triggered debate about “social class”. Opponents argued that a move towards tertiary education would exclude women from lower socio-economic groups from participating, as they would no longer be paid to study and would therefore, not be able to afford to be educated in this way (Bryant, 2015).

However, in 1978, the Committee of Inquiry into Nurse Education and Training delivered a report to the Tertiary Education Commission which identified a disconnection between classroom and clinical teaching, sub-optimal workplace preparation and insistence on an improved model of nurse training and education (Sax, 1978). Simultaneously, concerns regarding the ability of small teaching hospitals– or those located in resource–limited environments– to deliver the theory, clinical experience and technology required to prepare trainees for their final state-based examinations, were raised (DOH, 2013a). For these reasons, stakeholders conceded that a contemporary curriculum meeting industry requirements could only be delivered by the tertiary education sector (Sax, 1978).

Modern nurses were required to demonstrate the knowledge and skills required to assess, plan, implement and evaluate nursing care and accept professional responsibility and accountability for their practice (Sax, 1978). Nurses were also expected to function as members of highly skilled health care teams, to communicate with patients and families, consume research, and undertake ongoing education (Sax, 1978). Therefore, the Committee recommended actions to improve the training provided by hospital-based nursing schools– as a transitionary step towards tertiary education. By the mid- 1980’s, nursing diplomas were provided by Colleges of Advanced Education (CAE) (DOH, 2013a; DOH, 2013b).

Legislation supporting the transition of nurse education from hospitals to the university sector was passed on 24 August 1984 by The Honourable Neal Blewett, Minister of Health. Individual states and territories were charged with establishing teams to implement this legislation and manage the transition. A Commonwealth Inter-Jurisdictional Committee was established which liaised with each state and territory. During the transfer, funding responsibilities were shared by federal and state governments (DOH, 2013a). The Commonwealth provided infrastructure grants to enable the establishment of teaching facilities within universities, while the states and territories redirected funding from hospital-based education, to models providing clinical supervision (DOH, 2013a).

By 1993, all registered nursing students in Australia entered the profession via a tertiary education pathway and from 1 January 1994, the Commonwealth assumed full funding responsibility (DOH, 2013a; DOH, 2013b). Australian registered nurses are now required to complete a three–year bachelor’s degree, or a postgraduate degree in nursing, which is independently accredited by the Australian Nursing and Midwifery Accreditation Council on behalf of the Nursing and Midwifery Board of Australia (DOH, 2013a).

Discussions regarding optimal support of undergraduate nursing students have continued. In 2002, The Australian Universities Teaching Committee (AUTC) suggested the length of clinical (experience) placement for students was too short and that more long‐term, in‐depth placements, were required to address an emerging theory–practice gap (Clare et al., 2002). Proposed solutions included additional clinical placement, dedicated (simulated) learning environments and the use of preceptors and mentors (Clare et al., 2002).

Mannix et al. (2009) suggested that all stakeholders– including consumers, health professionals, education institutions and registration boards– could contribute to the development of nursing programmes. Specifically, smoothing the transition to clinical practice was necessary so that new graduates “hit the floor running”, allowing qualified staff to be retained, and workplace stress alleviated (Mannix et al., 2009). Transition support programs are now provided by local health districts to support new graduates as they orientate to the role of registered nurse (Evans et al., 2008).

With the advent of tertiary education for nurses and midwives, nursing scholarship blossomed. Nurse academics and researchers now play a crucial role in advancing knowledge by supporting the education of undergraduate and postgraduate nurses and midwives, undertaking research and encouraging evidence-based clinical practice. Nurses and midwives are now employed in a variety of clinical and non- clinical roles. The introduction of post basic research degrees and the emergence of non-clinical nursing and midwifery roles (e.g. in advocacy, policy and research), will be the focus of next month’s article.

Australian Government- Department of Health (2013a). Appendix iv: History of Commonwealth involvement in the nursing and midwifery workforce. Commonwealth of Australia. https://www1.health.gov.au/internet/publications/publishing.nsf/Content/work-review-australian-government-health-workforce-programs-toc~appendices~appendix-iv-history-commonwealth-involvement-nursing-midwifery-workforce

Bryant, R. (2015). Shaping a Profession: Nursing at the Turn of the Millennium [Oration]. Australian College of Nursing- National Nursing Forum.

Sax, S. (1978). Nurse education and training. Report of the Committee of Inquiry into Nurse Education and Training to the Tertiary Education Commission (TEC). Canberra.