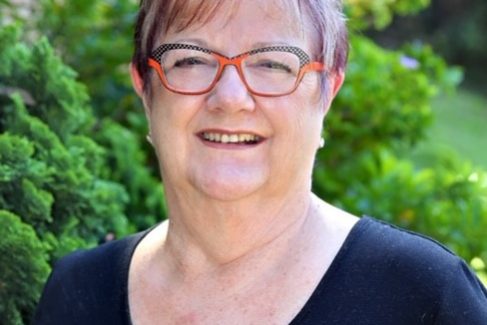 In 1960, soon to be sixteen-year-old Janet Forsyth MACN began her nursing career at Goulburn Base Hospital. On Sunday, Janet will say goodbye to the profession to which she has dedicated 60 years of her life. Her nursing journey is remarkable— from small–town beginnings to becoming one of New South Wales’ most senior stomal therapy nurses, all whilst overcoming challenges and adversities along the way.

Janet spent her first 12 months as a nurse in the pan room in the Children’s Ward at Goulburn Base Hospital on cleaning duties. She went on to work at the hospital for many years, mainly as a Night Duty Supervisor and in the blood bank. In 1972, Janet solidified her place in the area’s nursing history when she was appointed to establish the first Community Nursing Service in Goulburn. Community nursing (or district nursing as it was referred to at the time) was a field that she would go on to have a profound influence on over the next four decades.

The next step in Janet’s nursing journey was working as a Clinical Nurse Consultant (Stomal Therapist) at a private practice. This was new territory for nurses in NSW  and Janet had to overcome many challenges. The idea of a nurse charging a fee for service was not readily accepted in those days! After a lot of hard work, perseverance and negotiation, her services became highly utilised and valued, and she received her due recognition. During her time in private practice, she had the privilege of assisting many people in the community, nursing homes and hospitals (both public and private) that did not otherwise have access to Stomal Therapy services. She spent the last seven years of her career conducting a monthly clinic and telephone consultation service on behalf of Ostomy NSW.

Janet was a true leader in the field of stomal therapy, publishing several education papers and passing her knowledge onto the nurses of tomorrow by conducting lectures for students and cadets at the NSW College of Nursing. In total, 37 of her 60 years in the nursing profession were dedicated to providing expert care to stomal patients.

The Australian College of Nursing would like to congratulate Janet on a wonderful nursing career, and is  privileged to have her as a member of our tribe. Best wishes for your retirement Janet, you have certainly earned it!