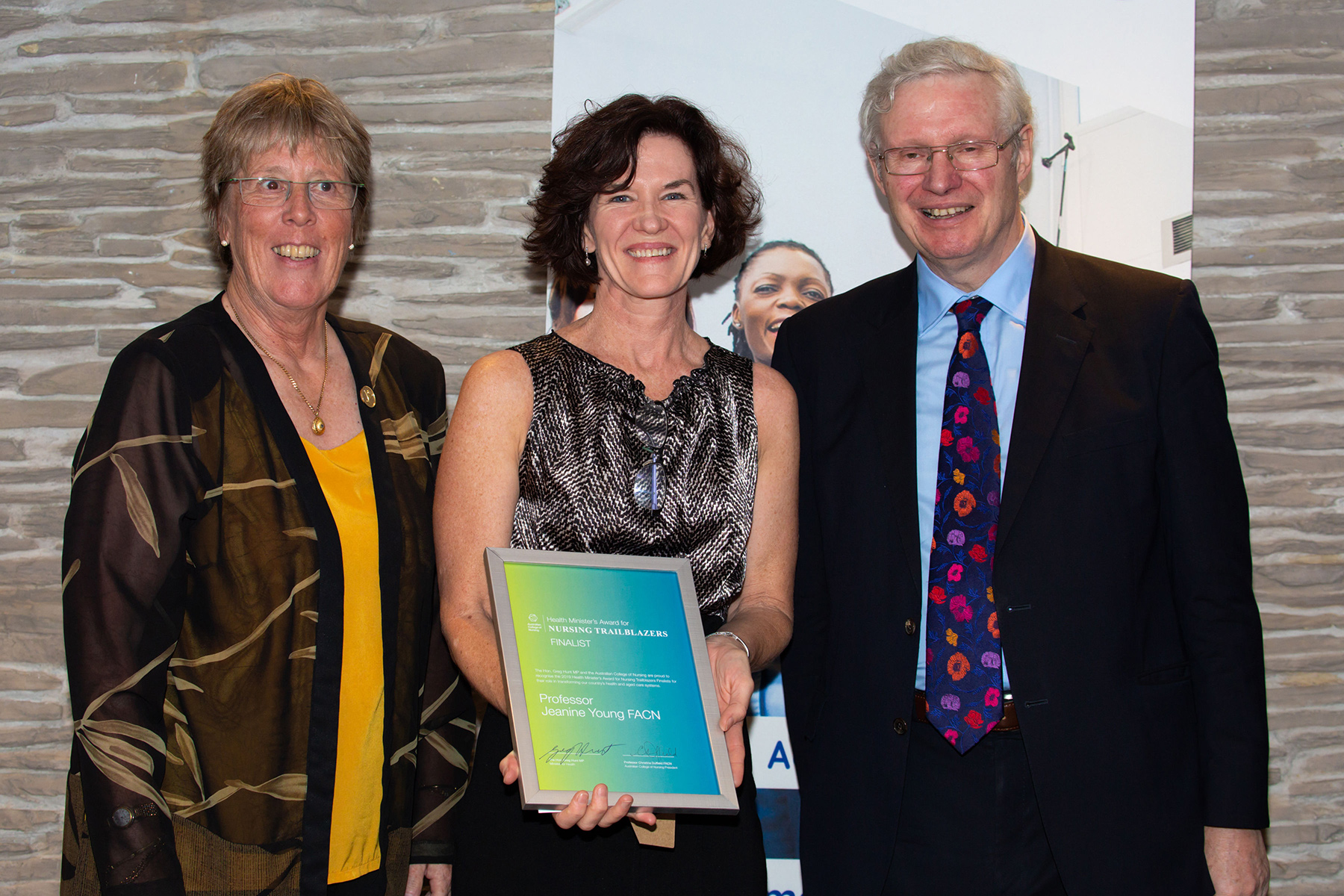 The Australian College of Nursing (ACN) were proud to collaborate with the Hon Greg Hunt MP, Minister for Health, to present the inaugural Health Minister’s Award for Nursing Trailblazers in April 2019. The award celebrated and acknowledged the extraordinary contribution nurses make to the Australian health care system and gave much needed recognition to the leaders of our profession. Four Finalists were selected for the award, all whom are outstanding high achievers in their specialist fields and have been influential in dramatically improving the quality of health and aged care in Australia.

ACN is currently running a four-part series on our NurseClick blog sharing video interviews with the four Finalists. The second video features a discussion with Professor Jeanine Young FACN from the University of the Sunshine Coast. Professor Young talks about her Pēpi-Pod Program which enables parents to create a safe sleeping environment for their children in their own home. The project, which began in Queensland, has spread across Australia and overseas. Professor Young believes being a Trailblazer Finalist recognises the value of her project and the role it has played in reducing infant mortality rates in Australia and across the globe.

Check out the full video below to hear her describe her project and goals for the future in-depth.