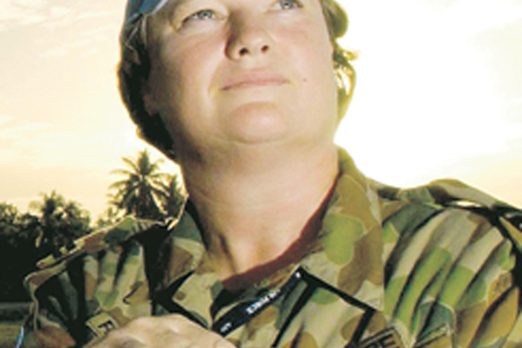 Each afternoon at 4:55pm the Australian War Memorial (AWM) holds a Last Post Ceremony to commemorate the story of an individual on their Honour Roll.

On Tuesday April 2 representatives from ACN will lay a wreath at the ceremony for Flight Lieutenant Lynne Rowbottom.

Lynne served in the Australian peace-keeping forces in East Timor and was part of a medical team assisting victims of the 2004 Boxing Day Tsunami. Prior to joining the Royal Australian Air Force in 1996, Lynne worked as an intensive and renal care nurse in Launceston and Townsville.

Lynne passed away in 2005 after the Sea King Chopper she was travelling in crashed into a football field in Indonesia. She was travelling with eight other Australians who were part of a medical team delivering aid to the island of Nias which had been ravaged by an earthquake (Baker, 2005).

Lynne joins a long list of nurses acknowledged in Last Post Ceremonies, including Sister Alma May Beard, whose ceremony was attended by ACN representatives in February.

All members are invited to attend the ceremony. Those unable to attend can view the ceremony through the AWM YouTube and Facebook live channels.

NOTE from AWM: The Memorial reserves the right to make changes to this schedule at any time and additions are currently being made. If you plan on attending a particular ceremony, please contact the Last Post Ceremony team prior to making arrangements.