Is it enough? Why we need more than diversity in nursing 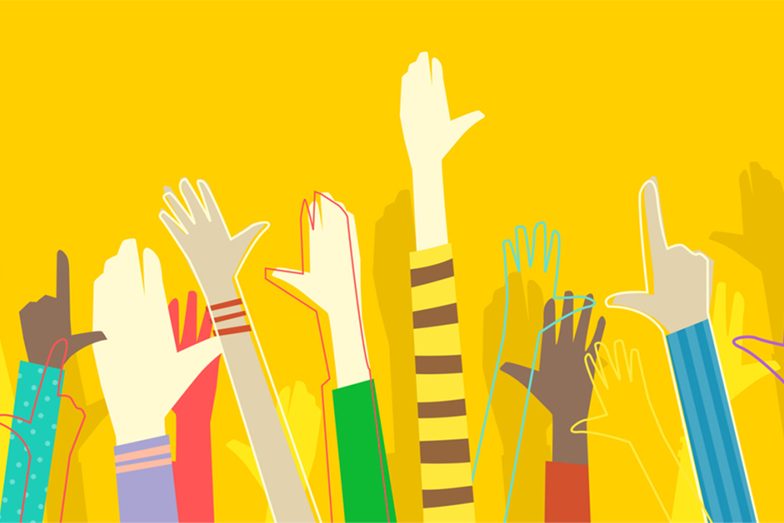 Diversity is a hopeful, positive and celebratory idea; it generates more happiness than words like inequity, racism and privilege. It feels good for a large number of people precisely because it is depoliticized (Hall & Fields, 2013). It does not demand accountability. It does not demand transformational change of our minds or our environment, but requests that we continue to put up with difference or to tolerate it (Bell & Hartmann, 2007). What does it mean for our profession to be diverse? And is it enough?

Is it enough, when we have a yawning chasm of health inequity and disparity, of deaths in custody, of punitive policy aimed at Aboriginal Australians? Is it enough, in an era of devastating Islamophobia and racism enabled by nationalist right wing xenophobia? Is it enough, when politicians challenge group-based rights and argue that they undermine social cohesion and “our way of life”, maligning and scapegoating already vulnerable groups like African youth. Is it enough, when media only catapult the spectacular and exceptional into our view. Is it enough, when the entire world is condemning Australia’s abhorrent offshore policy of deterrence and detention. Yes, we need to recognise difference, but we must also understand how differences are connected to inequalities. As Mohanty observes: “diversity by passes power as well as history to suggest a harmonious and empty pluralism” (Mohanty, 2003, p. 193).

We might be ticking the diversity boxes and celebrating diversity — whether in university brochures and websites or on Harmony Day — but do our combined activities address health disparities? The problems of inequity and disparity are bigger than us but we can be accountable for the parts we play in larger political struggles. For a politics of equity, we also need to consider race, disability, ethnicity, class, gender, sexuality, and religion and integrate these into our analyses of our social world. We need to expand the frames we use to look beyond individual behaviour and to consider social and systemic issues, and call for systematic interventions to address inequity. ‘Celebrating’ cultural difference isn’t the same as action, as fighting for justice. As (Perron, 2013) notes, nurses can be both caring for individuals and advocating for the collective rights to equitable care, they aren’t mutually exclusive.

Diversity assumes that care is still a neutral technical activity
As nursing emerged from being a class of handmaidens to the medical system to the dynamic profession it is today, we have understood it to become an intellectual, cultural and contextual activity. This means it is also a political activity (De Souza, 2014). Nursing is connected to systems of power and privilege. Nurses and clients bring multiple ways of being in the world into the world of care and yet we only privilege some of these ways of being. Iris Marion Young describes oppression as being “the disadvantage and injustice some people suffer not because of a tyrannical power coerces them but because of the everyday practices of a well-intentioned liberal society…” (Young, 1990, p. 41). There continues to be clear links between institutional bias in health care systems and health disparities (Hall & Fields, 2013). Let’s ask ourselves what practices we enact every day that contribute to inequity?

Diversity maintains whiteness at its core
In diversity talk in nursing there’s an assumed white centre with difference added. White people are conceived as the hosts and people of colour viewed as guests and the perspectives of Indigenous people are erased. Allen (2006, pp. 1–2) calls this the ‘white supremacy’ of nursing education: an assimilationist agenda that converts diverse groups people into a singular kind of nurse, which can then add ‘others’ into the mainstream to create a multicultural environment. But, this addition reinforces rather than displaces whiteness from the centre of structures and processes of educational or clinical institutions (p.66). It’s important that we focus on whether nurses reflect the communities that they serve. But representation in the workforce doesn’t mean that the people who are culturally different have a voice in the corridors of power. There are questions also about “who’s at the decision-making table and who’s not. And what’s on the agenda and what’s not” (Brian Raymond, 2016).

Diversity focuses on sensitivity and respect rather than the social and historical
Race and racism are determinants of health inequities (Krieger, 2014) therefore it follows that a key area where nurses could intervene is to address discrimination. It is inadequate for us to provide individualised sensitive and respectful care while ignoring the historical and structural conditions that shape health and health care. As nurses, we understand more than most that life is an uneven playing field – we need to bring this knowledge to the way we work as a profession. Cultural sensitivity and awareness tend to assume that racism is “out there”, rather than something that is also enacted within health care systems. Our claims to colorblindness reinforce the problem, as “treating people the same” doesn’t take into account their differing needs, which is one definition of what care is.

Creating a meaningful diverse and multicultural nursing profession
In an era where both patient populations and the nursing workforce are becoming more diverse, where are the spaces for nurses to talk about both institutional and societal racism and how they impact on care? How can nurses broaden their focus from the micro-level to see the big picture, especially when they labor in unstable and under-resourced working environments (Allan, 2017)? Nurse educators must confront our own resistance to teaching about race and racism (Bond & Others, 2017) – the recent debates about the inclusion of cultural safety into the Nursing and Midwifery Codes of Conduct reflect now far we have to go. Our curricula must more explicitly embed anticolonial and intersectional perspectives into learning experiences in order to prepare nurses for not only understanding how structural inequities affect health but also for the skills to counter them (Blanchet Garneau, Browne, & Varcoe, 2016; Thorne, 2017; Varcoe, Browne, & Cender, 2014). In Australia, the Indigenous Health Curriculum Framework developed by the Committee of Deans of Australian Medical Schools, recognised the critical need to teach students about racism. In particular, it asks us to see the connection between history and current health outcomes; to be able to identify features of overt, subtle and structural racism or discrimination and to be able to address and help resolve these occurrences.

Viewing nursing as a neutral, universal activity where appreciation, sensitivity and respect are adequate, prevents us from considering nursing as a political activity where power is at play. Conversely, embedding an understanding of the historical, structural and systemic factors that shape health, into our practice will allow us to create a meaningfully inclusive ¬– and more caring – profession. This however, requires courage, commitment and accountability. Do we have it?

Bond, C., & Others. (2017). Race and racism: Keynote presentation: Race is real and so is racism-making the case for teaching race in indigenous health curriculum. LIME Good Practice Case Studies Volume 4, 5.

Perron, A. (2013). Nursing as “disobedient” practice: care of the nurse’s self, parrhesia, and the dismantling of a baseless paradox. Nursing Philosophy: An International Journal for Healthcare Professionals(3), 154–167.

Young, I. M. (1990). Throwing Like a Girl and Other Essays in Feminist Philosophy and Social Theory. Monograph Collection (Matt – Pseudo).