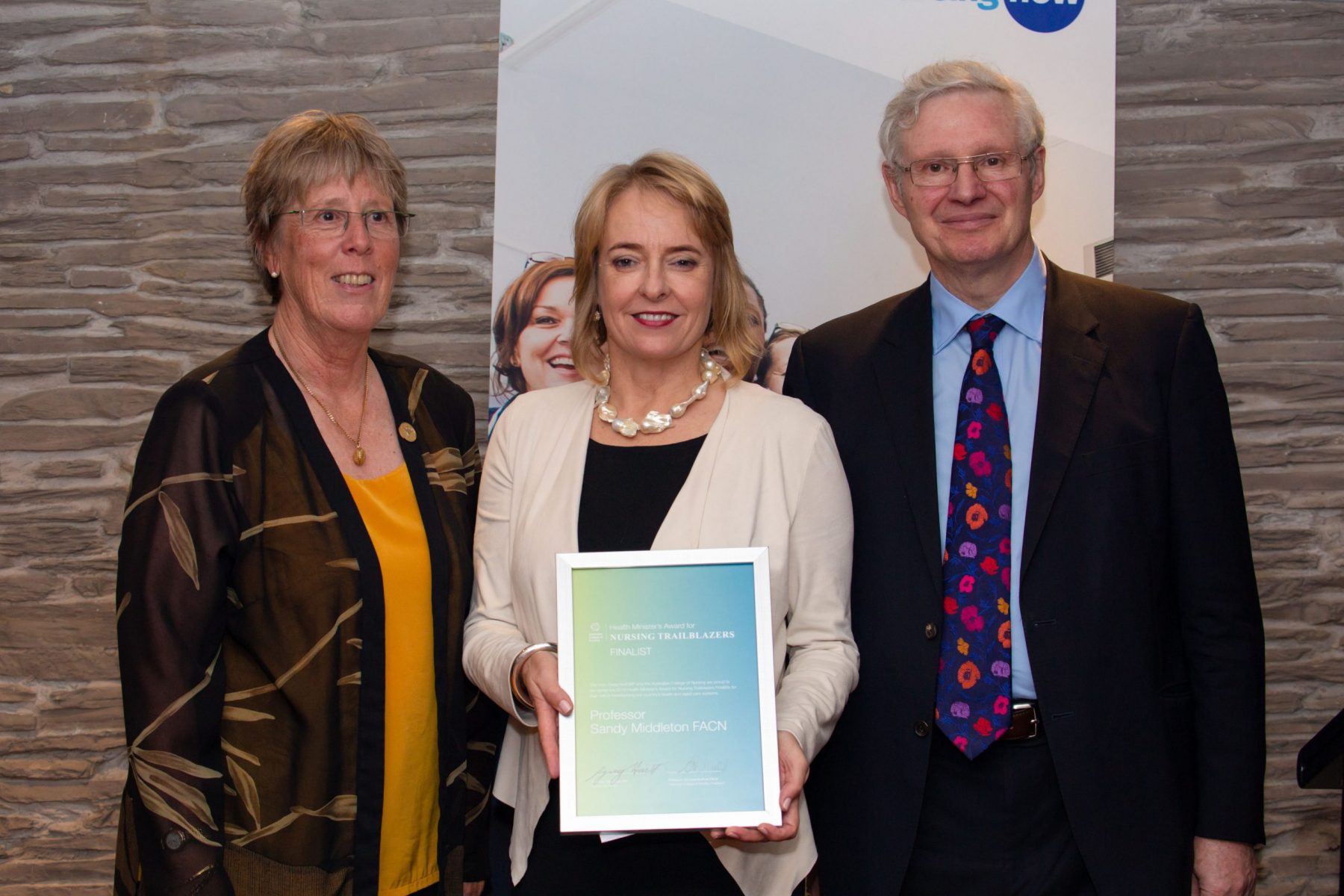 2019 was a year of many major achievements for the Australian College of Nursing (ACN) – one of which was the Health Minister’s Award for Nursing Trailblazers. The first of its kind in Australia, the award acknowledges the vital role nurses play in transforming our country’s health and aged care system. As we approach the second year of this prestigious award, ACN looks back at last year’s winners to find how the Trailblazer Award has helped them continue their journey as extraordinary nurse leaders.

ACN Fellow Sandy Middleton FACN was chosen as one of the finalists for her work on leading the Quality in Acute Stroke Care (QASC) Program, which comprises multiple, multidisciplinary collaborative research projects conducted over a period of 14 years.

The QASC Research Program consists of:

Winning the Trailblazer Award has opened up a host of new opportunities and visibility for both Sandy and the QASC Program. Sandy was recently awarded a Fellowship to the Australian Academy of Health and Medical Sciences (AAHMS) –  she is only the third nurse to receive this honour. In January this year, the QASC Europe project was profiled by Nursing Now, the global campaign that aims to improve health by raising the status and profile of nursing. Sandy adds, “We have also recently had a leading commentary accepted in the International Journal of Stroke in which we describe the progress of the QASC Europe project and the countries that are now on board in implementing the FeSS Protocols. Our project is particularly relevant in 2020, the International Year of the Nurse and the Midwife, as it highlights nurses’ contribution to improving global health care.”

On the importance of public recognition for nurses, Sandy says, “Through the Trailblazer award, ACN has provided a fantastic opportunity for nurses to showcase the work that they do and to acknowledge nurses’ research-based achievements.”

“Nurses are quite humble and often think that they are just coming to work and doing their job. But when you look at the big picture, there are some outstanding people doing some amazing things. I hope these awards inspire other nurses who are attempting to improve patient care through nurse-led initiatives.”

When asked if she would like to nominate a nurse leader for the award this year, Sandy mentions Sky Coote MACN, a Nurse Practitioner who works at the Melbourne Health. “She’s the lead nurse on the Melbourne Mobile Stroke Unit – we’ve only got one of those in Australia and it’s in Melbourne. She works closely with other medical practitioners on this ambulance which has a CT scanner in the back. They get called to suspected stroke patients’ houses and if and when required, they give the thrombolysis. In terms of nurse trailblazers and brand new roles for nurses, Skye really is showing the way forward.”