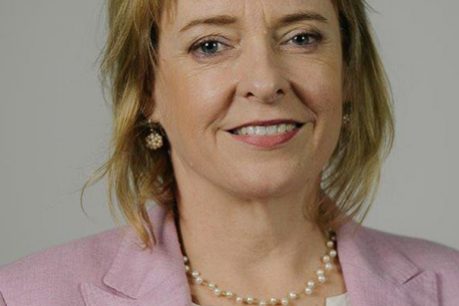 To recognise the vital role nurses play in transforming our country’s health and aged care systems the Australian College of Nursing (ACN) and the Hon Greg Hunt MP, Minister for Health are collaborating to present the inaugural Health Minister’s Award for Nursing Trailblazers. We are proud to administer this prestigious award to raise the profile of nursing and acknowledge the extraordinary impact nurses have on the health and well-being of our community.

Following an incredibly competitive selection process the inaugural Health Minister’s Award for Nursing Trailblazers Finalists were announced last week. This is the second of a four part NurseClick series about each Trailblazer Finalist. We hope you enjoy getting to know the Finalists and reading about their inspirational stories. Today we are excited to share an interview with the extraordinary Trailblazer Finalist Professor Sandy Middleton FACN, who is being recognised for her contributions to evidence based nursing care for stroke patients.

1: What inspired you to become a nurse?
I was always interested in health, so it was a logical choice.

2: What motivated you to pursue your particular nursing specialty?
I was always interested in quality improvement, particularly in how we might organise care differently to benefit patients. I wanted to learn how to conduct rigorous research to prove this. At that time, there were too few nurse researchers in Australia. Unfortunately, this is an ongoing issue in nursing research and, currently, I try to support up-and-coming nurse researchers through higher degree completions and, where possible, funded research Fellowships, which are also scarce.

3: Tell us about the project you are being recognised for as a Trailblazer Finalist.
The Quality in Acute Stroke Care (QASC) Program comprises multiple, multidisciplinary collaborative research projects conducted over a period of 14 years led by myself. The seminal trial found that facilitated implementation of nurse-initiated protocols used in the first 72 hours following stroke to manage fever, raised glucose levels and swallowing difficulties (the FeSS Protocols) significantly decreased death and dependency 90-days post-stroke. A follow-up study found this effect was long lasting with 20% longer-term survival post-stroke. Subsequently, our team successfully translated this intervention into all 36 NSW stroke units. An independent economic evaluation found that if only 65% of the eligible Australian population received care in line with our research, there would be a $281M 12-month saving. These protocols now have been translated into 12 languages and are being implemented in up to 300 hospitals in 14 European countries as part of the QASC Europe Project.

4: What has been the most rewarding part of the QASC project?
This is one of the few National Health & Medical Research Council funded nursing research trials. It is an example of translation of research into everyday practice. It has generated high-level evidence for the effectiveness of evidence-based nursing care to reduce death and dependency. Furthermore, it achieved rapid state-wide translation of evidence to practice in only eight months. We brought researchers, multidisciplinary clinicians (nurses, medical practitioners, speech pathologists), hospital executives, policy makers, non-government agencies (Stroke Foundation, European Stroke Organisation), and government agencies (NSW Agency for Clinical Innovation, Health Education & Training Institute) together to work collaboratively to promote national and international translation. It has great applicability beyond stroke as the implementation strategy can be adapted to any clinical condition. It has been particularly rewarding to see how this research has resulted in state-wide, national and international clinical practice and policy change including influencing clinical practice guidelines.

5: What does the future hold for QASC?
Building on this program of work, we currently are exploring the feasibility of ‘QASC Global’ – a translational study to demonstrate further improvements and sustainability of the FeSS intervention within Australia, and upscale and spread of the intervention into other hospitals internationally. To date, 75 hospitals in 27 non-European countries have signed formal expressions of interest to implement the FeSS Protocols and be involved in QASC Global. Importantly, this research will advance the science of implementation research and also provide a model for translation of other nursing care practices beyond stroke.

The winner of the inaugural Health Minister’s Award for Nursing Trailblazers will be announced at the launch of the Nursing Now Australia campaign on Tuesday 9 April. Keep an eye on our social media channels to receive the latest updates. If you would like to apply for the 2020 Health Minister’s Award for Nursing Trailblazers, or would like to nominate a friend or colleague, you can register your interest on our website.