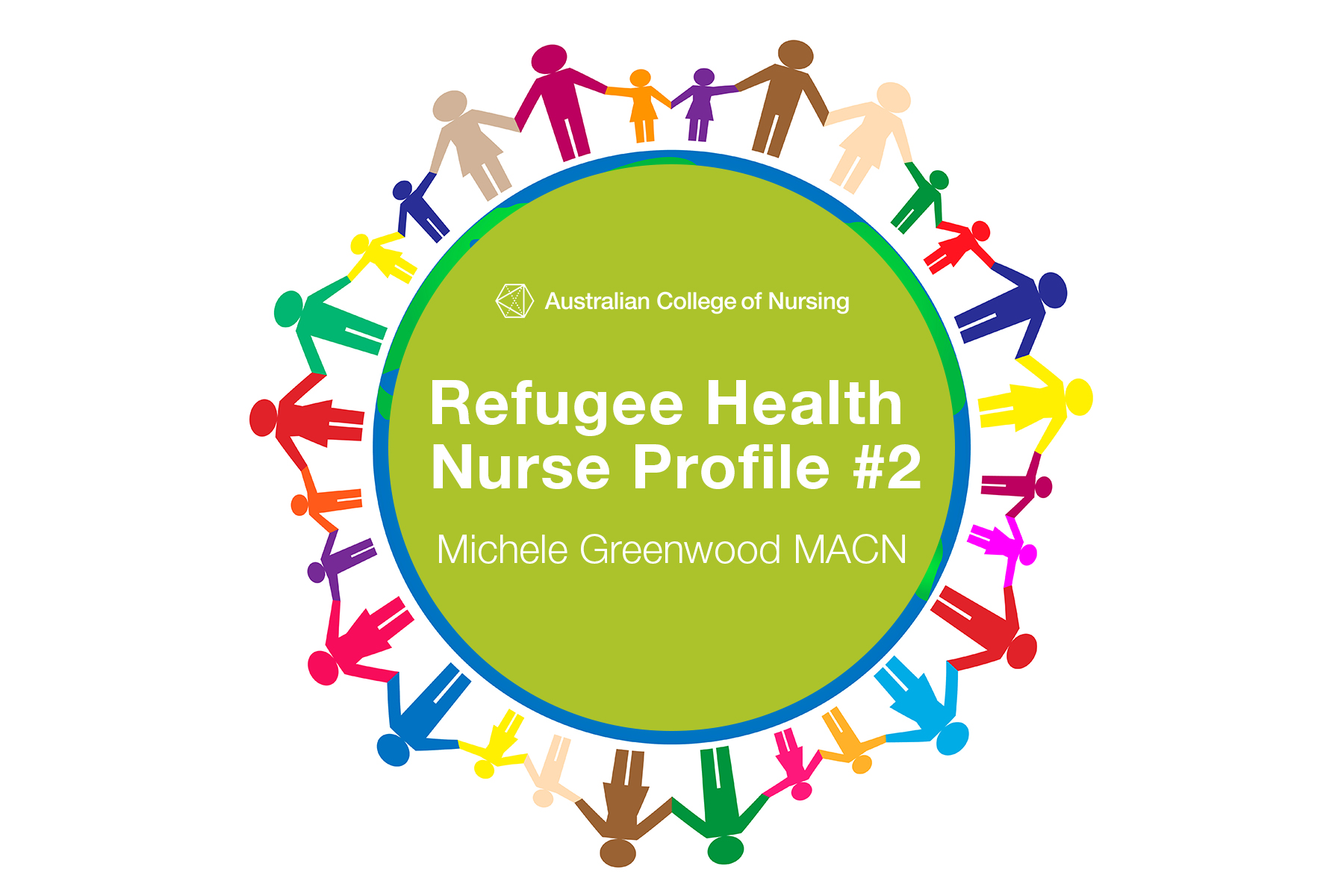 Refugee Health Nurses are a diverse group of professionals who use their nursing expertise to care and advocate for those of refugee background or seeking asylum.

To mark Refugee Week 2021 — which focuses on uniting communities — we spoke to three nurses from across Australia to gain an insight into differing roles refugee health nurses play and the issues their patients face during their journey through the Australian health care system. You can view all articles in the series here.

Michele works as a Clinical Nurse Consultant in Coffs Harbour in Northern New South Wales and for over 20 years has used her skills to support those newly settled to Australia in the region. She was one of the leading voices in establishing a dedicated clinic to support people of refugee background and asylum seekers in Coffs Harbour.

“Humanitarian Refugees began arriving in Coffs Harbour area in 2000 as part of a sponsorship program with the Sanctuary Australia Foundation “, Michele says.

“I was the Chest Clinic Nurse at the time and was asked to check the newly arrived families sponsored by Sanctuary for Tuberculosis (TB).”

“It was during this time that I came to realise the countless difficulties people faced during settlement, not to mention all the other stressors involved in moving to a new country as refugees. From a health perspective, this included issues such as navigating the health system, discrimination and the failure of health professionals to use interpreters.”

“After the success of the Sanctuary program, the first families arrived in the area as part of the Government Sponsored Program in 2004.”

“I was worried that they would not get adequate health care and believed that a public health clinic would be the appropriate place to conduct initial health assessments, vaccinations and referrals to specialists.”

“Fortunately, I had a very supportive manager who could see my idea had merit and agreed to support the establishment of the clinic. Therefore, in collaboration with six local General Practitioners, the Coffs Harbour Refugee Health Clinic commenced in February 2006.”

Michele also shared with us what impresses her most about the people of refugee background and asylum seekers she cares for and what she loves most about working as a refugee health nurse.

“I am impressed with their resilience and ability to be happy (most of the time) considering the huge losses they have endured such as losing loved ones and constantly worrying about their family and friends they have left behind,” she says.

“The health system is very difficult to navigate, and nurses play an extremely important role in advocating to ensure our patients receive the best possible health care and keeping them out of hospital.”

“I love watching people improve both physically and emotionally knowing that they have trusted us with looking after their health.”

The Australian College of Nursing would also like take this opportunity to thank all the nurses who are using their skills to ensure refugees and asylum seekers receive access and equity to heath care in a timely manner delivered by the appropriate health professional in the right place, at the right time. You can read more in our Quality health care for all refugees and asylum seekers Position Statement.