‘I would do it again in a heartbeat’: COVID-19 testing in Melbourne’s Public Housing Towers 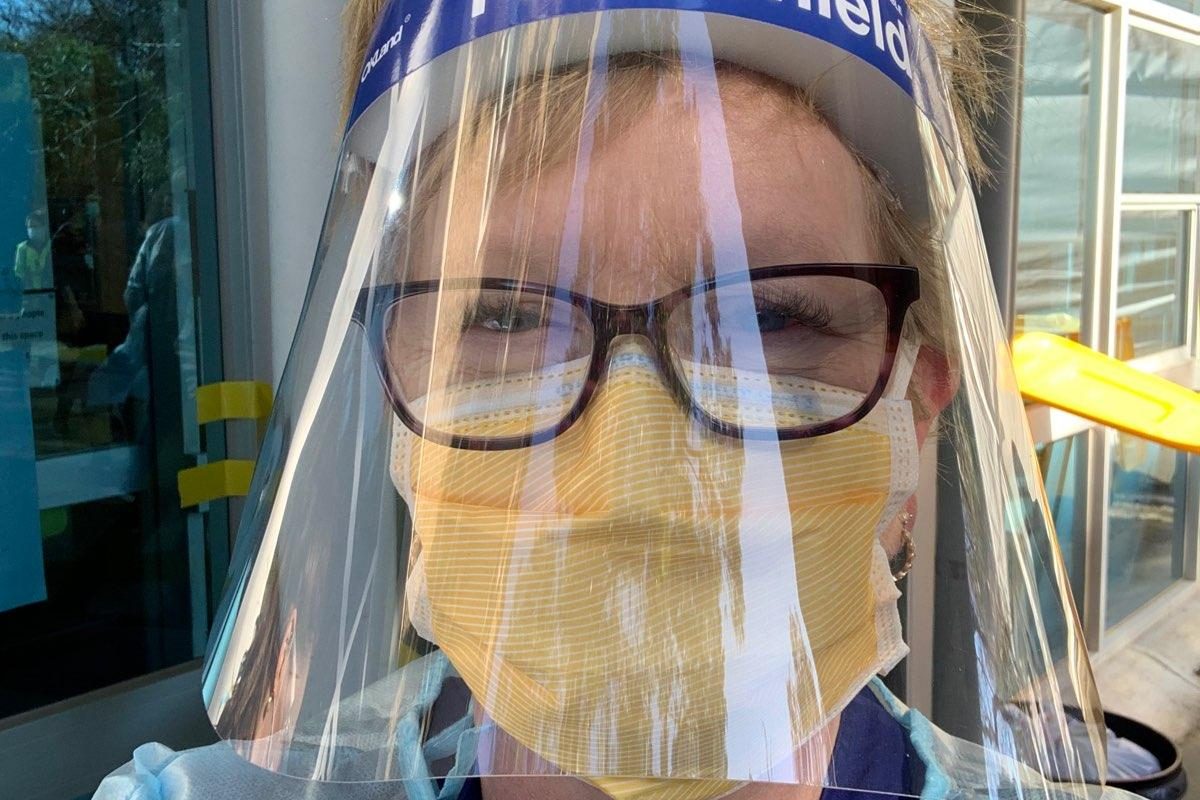 On 4 July, around 3,000 residents inside nine Melbourne Public Housing Towers were placed into lockdown to prevent the spread of COVID-19. In difficult circumstances, a dedicated group of health professionals and emergency services personnel entered the towers to provide essential health services for residents and conduct tests for COVID-19, going door-to-door.

Lisa Peters was part of a team of nurses who undertook this exercise.  Her powerful message of what she saw went viral on social media and was published on ABC News. As part of our Life in lockdown NurseClick series, we caught up with Lisa to gain an insight into what it was like to be a nurse testing in the towers.

I answered a call-out asking if there were any volunteers who would be prepared to go out into the community and do COVID-19 screening. I think a lot of people were worried and I have adult children and a background in Fairfield Diseases Hospital, so I thought I was capable of going out there. I was happy to go but was really worried because the media had portrayed the towers so horribly; awful stories of how they were full of hostility and drugs and alcohol. Initially, I felt it was a frightening place to go; especially when I pulled up and saw the police and barricades. But that feeling changed a lot once I got in there.

When we first arrived, there were police on the scene, and we were not aware of why they needed to be there. We just wanted to get inside and start working and we waited quite a while for the police and logistics to get sorted. By the time we were allocated two police personnel and two nurses and went into the lift to go to each floor I was quite scared. However, knocking on the first person’s door it was quite apparent we didn’t need the police; everybody was so grateful, and they all opened their doors. A lot of them had been watching from the window, waiting for us to come in.

Initially, it was scary thinking ‘why did we need fully-armed police?’. Once we went in there it was nothing like that and we didn’t need them at all. The residents were really grateful that we were offering the tests. A lot of them would go out and show me their mobile phones and the negative test they had done the week before. They were mainly concerned about when they could go back to work or their children to school and the school won’t accept them without being swabbed. They weren’t so concerned about being locked in their room as such, but more about their welfare as in what was going to happen with their income, jobs or children’s school. They were also thankful for the boxes of food they were given, and everybody was happy to see us, which was surprising!

Each of us had a list of the residents and how many people there were in each room, their nationality and whether or not they spoke English. We had a ‘dirty’ nurse and a ‘clean’ nurse and I was the dirty nurse who was the one who knocked on the door and told the residents that we were nurses and were offering the COVID-19 test and that it was voluntary and if they like to have the test done. People invited us in (although I only went into those who had elderly people or those who needed to sit to hold their children), otherwise, the testing was done at the door. While I was explaining to them about the procedure and how I was going to do the swabbing the clean nurse was writing all their names and details on a form and then transcribing it all on to test tubes. I then swabbed them one by one and that was the perfect time to do a welfare check. We weren’t asked to do this, but I felt a need for that after what we had seen on the news. I asked them if they were okay and if they needed any food or medication or if there was anything I could do. I did the swabbing one by one so each time I would have to do the hand hygiene, change the gloves and start again with the next person. If at any point I had contaminated myself (which I didn’t fortunately) we would have to go downstairs again and doff and then re-don and come back up. I was very particular in making sure I followed the infection control procedures.

I swabbed four times for each person either side of the throat and each nostril and then the clean nurse held open the test tube as I put the swab in, snapped it off and then she dropped it in a bag and had to clean the bag again and pop it in a box. It took quite a long time to do each person which gave me time to have a good talk to each room as we got there.

There was such amazing teamwork; it wasn’t just the nurses but social workers, doctors, police and paramedics as well. Everyone did their role so well. I did the swabbing and was pleased to be able to do something they needed. The first day we were there we were asked if we could stay until 10 pm (we started at 7 am in the morning) and we all put our hands up straight away to stay. I was really proud to do the job, and I would do it again in a heartbeat, it has been so humbling and rewarding.