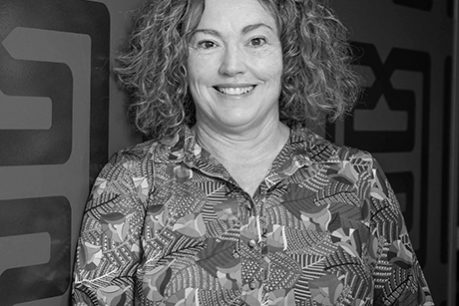 To recognise the vital role nurses play in transforming our country’s health and aged care systems the Australian College of Nursing (ACN) and the Hon Greg Hunt MP, Minister for Health are collaborating to present the inaugural Health Minister’s Award for Nursing Trailblazers. We are proud to administer this prestigious award to raise the profile of nursing and acknowledge the extraordinary impact nurses have on the health and well-being of our community.

Following an incredibly competitive selection process we are excited to profile the four Finalists of the inaugural Health Minister’s Award for Nursing Trailblazers. This is the final of a four part NurseClick series about each Trailblazer Finalist. We hope you enjoy getting to know the Finalists and reading about their inspirational stories. Today we are excited to share an interview with the extraordinary Trailblazer Finalist Nikki Johnston OAM MACN, who is being recognised for her work to integrate specialist palliative care into residential aged care facilities.

1: What inspired you to become a nurse?

My mum started nursing at Monavale Hospital and from the age of five years old, nursing was all that I ever wanted to do. It is considered an honourable profession in my family and I grew up rescuing animals and caring for pets, and I have always enjoyed caring for them. My drive in nursing is to help vulnerable people and advocate for equality and equal access to care for every person.

2: What motivated you to pursue your particular nursing specialty?

I was working in bone marrow transplant at St Vincent’s Hospital where I came to realise that people were dying badly, i.e. they were receiving treatment that they hadn’t planned to have during their death; they weren’t able to say goodbye to their loved ones and they weren’t talking about the process of dying. This was around the 1990s and since then demand for palliative care has continued to grow. Palliative care helped those who were vulnerable and weren’t able to speak or advocate for themselves. In aged care, our vulnerable communities are being cared for by a group of people who are really stretched for time – but their heart is enormous, and they don’t realise that they are caring for people who are dying. We should take out the hierarchy in health systems and ensure that everyone who works in residential aged care – from the nurses, to the cleaners to the cooks – needs to be recognised and valued for their roles.

3: Tell us about the project you are being recognised for as a Trailblazer Finalist.

In 2014, I was given funding for one year as a Nurse Practitioner and the ultimatum that I needed to prove myself if I was going to get further funding. I initiated a data pilot research project, which would educate staff about death and dying, and how to recognise people who were dying or at-risk of dying without a plan. This intervention was titled Palliative Care Needs Rounds. The pilot was a success so we went on to run a randomised control trial ‘INSPIRED: Integrating specialist palliative care into residential care for older people’.  This was a huge achievement, which could only have been achieved with the research team including Professor Liz Forbat, the lead researcher and my co-worker Juliane Samara MACN.

4: What has been the most rewarding part of ‘INSPIRED’?

The most rewarding part of this project were the results that we saw, details of which will be published later this year, including:

5: What does the future hold for ‘INSPIRED’?

We have recommended to the Commonwealth Government that the concept should be rolled out nationally, and as quickly as possible. We want to see further engagement with telehealth to connect with rural and remote areas. We have partnered with Palliative Care Australia to further develop and collaborate on these ideas.

The winner of the inaugural Health Minister’s Award for Nursing Trailblazers will be announced at the launch of the Nursing Now Australia campaign on Tuesday 9 April. Keep an eye on our social media channels to receive the latest updates. If you would like to apply for the 2020 Health Minister’s Award for Nursing Trailblazers, or would like to nominate a friend or colleague, you can register your interest on our website.