At ACN, our power is in our people. Our high-performing and passionate team spans across two offices and five operational divisions: Commercial, Education, Office of the COO, Professional and Strategy. We are led by a Chief Executive Officer and each operational division has an Executive Director and supporting teams – all of whom bring a wealth of diverse expertise, experience and passion.

ACN is governed by a dedicated Board of Directors. The Board is made up of Directors elected from, and by, the membership of ACN and two independent Directors appointed by the Board. The Board is responsible for ensuring that ACN has an appropriate corporate governance structure and ACN continues to grow and develop for the advancement of the nursing profession and in line with our constitution. The Board also adheres to the ACN Governance Charter, of which copies can be requested by emailing the Company Secretary. 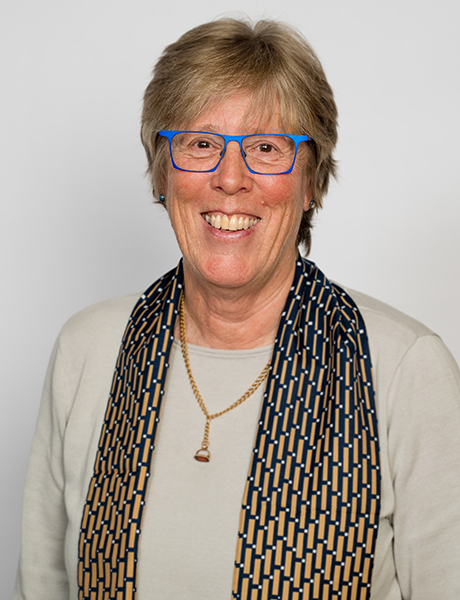 Christine Duffield is an internationally renowned and passionate nurse who has worked across direct care, consultancy, academia, research and in leadership roles to spearhead the advancement of the nursing profession in Canada, New Zealand, the UK, and Australia for over 40 years. She is a Professor of Nursing and Health Services Management at Edith Cowan University, Perth; Emeritus Professor University of Technology Sydney and President/Chair Australian College of Nursing.

Having published over 200 research papers, Christine was named in Mendeley’s Top 100,000 Cited Researchers of the World in 2020. Christine is also the Associate Editor for the International Journal of Nursing Studies, the most highly ranked international nursing journal.

Christine led the development of the first five industry funded Chairs of Nursing in Australia and has been instrumental in establishing key institutions including the Centre for Graduate Nursing Studies (1989) and the Centre for Health Services Management (1999).

Christine has held numerous senior University roles on Academic and Graduate Students Committees and has made a significant impact to the nursing profession by attracting over $14M in research funding as Chief Investigator, supervised 30+ research students and examined 30+ research theses.

Christine is an experienced Board Director who has established and chaired Clinical Governance Committees for two aged care Boards.

As the President/Chair of the Australian College of Nursing (ACN), she has led the review of the ACN Constitution, governance policies and procedures and assisted in moving to a skills-based Board.

A skilled leader, Christine has been a member of State and Commonwealth Committees including Health Workforce Australia; Grants Committee Rosemary Bryant Centre; NHMRC and ARC expert review panels; Australian Commission on Safety and Quality Advisory Committee – Recognising and Responding to Clinical Deterioration and has represented Australia on panels for the International Council of Nurses. 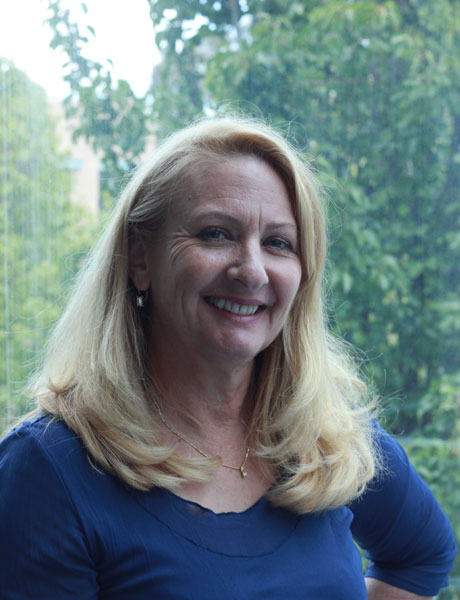 Carmen has 30 plus years’ experience as a nurse. Much of her clinical career has spanned rural, regional and remote health in Western Australia. For the last 13 years she has taken on progressively more senior nursing leadership roles and is now the Director of Nursing of the Broome Hospital in WA and Regional Nurse Director for the acute care, primary health care, mental health, aged care and public health practice areas. Carmen was elected to the board in 2013 for a two year term and re-elected in 2015 for a further four years until 2019. 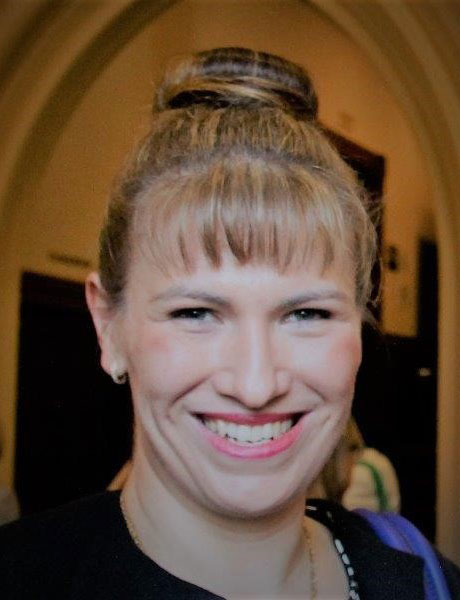 Belynda Jane Abbott FACN, MHLM, GDipClinEd, CertIVTrngAssmnt, BN is currently a Clinical Nurse Consultant Neurosciences, Princess Alexandra Hospital. Belynda has over 17 years’ experience within the Australian health care system working in the Northern Territory and Queensland. She has previously been a Nurse Educator in infectious diseases and neurosciences. She has contributed to health policy and health service delivery within these roles, and has supported the education and training of health care staff as a part of becoming a large-scale digital hospital. Belynda has co-authored a textbook, and also held the position of ACN Key Contact for the Brisbane Region, been an Emerging Nurse Leader mentor and a member of the New Generation of Nurses Faculty. 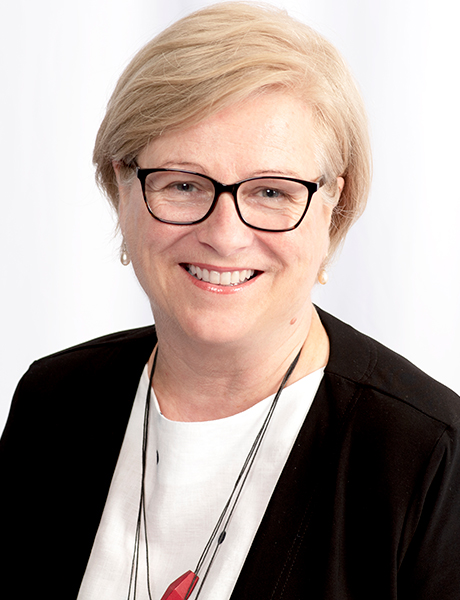 Adjunct Professor Sue Hawes FACN BHlthScN, EMBA is currently Executive Director, Hazard Management Authority (COVID-19) in the Northern Territory. Sue is a Registered Nurse, where her substantive role is the Chief Nursing and Midwifery Officer, Department of Health, NT. Sue has worked in the health and welfare sectors for over 35 years as a senior clinician and management executive. She has extensive experience in strategic and operational management and a proven track record of leading large scale quality improvements. She has also worked nationally within the public, private and not for profit sector, supporting businesses through mergers, governance realignments and large-scale transformational change. With over 30 years’ experience working in the health and social welfare sector, Susanne has a comprehensive understanding of the national health reform agenda, which translates to the state and local level. She also holds an adjunct appointment as Associate Professor with the Queensland University of Technology. 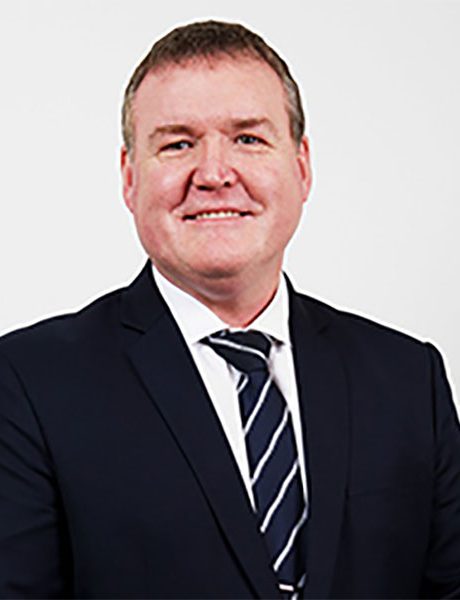 David Plunkett FACN GAICD, MBA, RN is Chief Executive Eastern Health Melbourne Victoria, where he operationalises the strategic plan, quality and financial plan for the current and future financial years of the health service. David has been an Executive for Eastern Health in Melbourne for a number of years where he provided professional leadership to the nurses and midwives within Eastern Health. He has a deep understanding of the need to manage and mitigate risk, scope, assess and implement improvements to performance – on any aspect of health service performance. 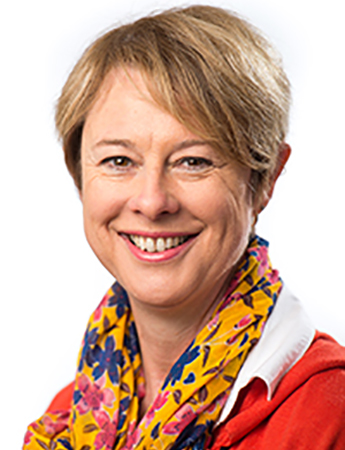 Professor Georgina Willetts has over 30 years nursing experience and more than a decade of experience in leading nursing and midwifery reform within the healthcare industry, moving to academia in 2011. She has completed two educational programs at Harvard Macy institute in Boston USA and continues to be a visiting faculty there, she received her doctorate of education in 2014 and was awarded the University wide Monash Teacher Accelerator Program honours in 2015.

Georgina is currently Head of Discipline & Course Director in Nursing within the Department of Health Professions at Swinburne University, where she established a new discipline of nursing and contemporary nursing curriculum using innovative teaching strategies. Her clinical interests are medical/surgical nursing, models of care, interprofessional practice/education and professional identity. Her research interests include translational research into the areas of healthcare education, health care workforce, and the performance of professional identity in practice.

Georgina has been an active member of ACN and the Royal College of Nursing for more than 15 years, she is involved in the ACN Policy Chapters and the Emerging Leaders program. Georgina is a Fellow of ACN. 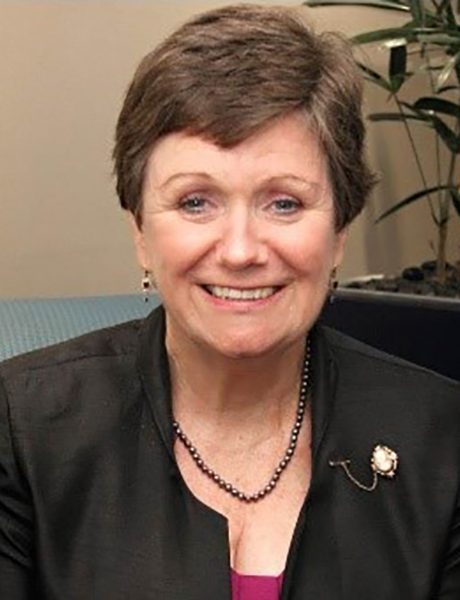 Professor Linda Shields currently holds the position of Professor of Rural Health at Charles Sturt University. Linda has sat on a number health care boards and has served on international, national and local committees in various roles, including as chair. She was also Editor-in-Chief of the journal Neonatal, Paediatric and Child Health Nursing. Linda has been Director of the Tropical Health Research Unit, a joint initiative of Townsville Hospital and Health Service and James Cook University from 2012-2015, and Director of Research for the Faculty of Health and Social Care at the University of Hull (UK) from 2006-2008. She has also held two joint appointments between health services and universities, where she focused on support, mentorship and education for academics and health professionals. 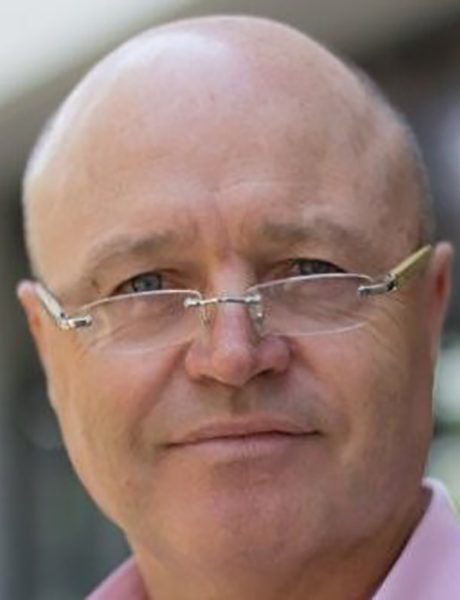 Ross M Lewin B.Com CA F.FIN is a Chartered Accountant who has over 35 years of experience in investment banking and corporate advice. He is the Founder/Managing Director of independent investment firm, Brenowen Cross Capital. Ross gained his experience in large financial services organisations (ABN Amro, ANZ Bank), as well as boutique advisory and specialist restructuring firms. In his current and previous roles, Ross has provided insightful strategic recommendations and conducted mandates in capital raising, mergers and acquisitions, divestment, shareholder and bank negotiations. 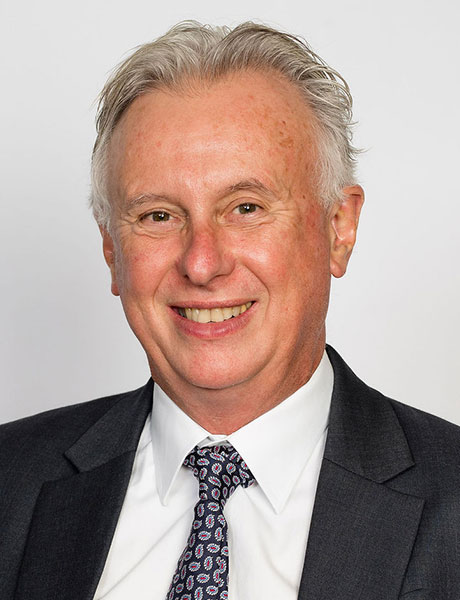 Michael V Ryan B.Com, LLB, LLM is a practising solicitor with Addisons Lawyers. Michael has over 35 years’ experience as a partner in leading Australian and International law firms. He specialises in corporate and commercial law representing clients across many industries including the health industry. He regularly advises boards of directors of small, medium and large companies including listed companies on their duties, conflicts and governance and works closely with boards to support them through complex or difficult periods or transactions. He has presented papers on corporate law topics including directors’ duties and exposures and has been recognised by his peers as a leading corporate law and mergers and acquisition practitioner. He joined the board in June 2021.

Our Executive team is made up of five Executive Directors (Commercial, Education, Office of the COO, Professional and Strategy) and a Chief Executive Officer. Our executive team passionately drive the direction of ACN and the whole team. 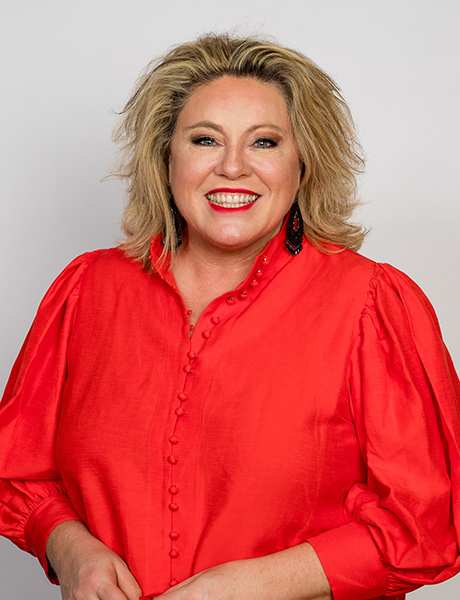 Kylie Ward was born and bred in the outer western suburbs of Sydney. Life was simple but Kylie wasn’t. She was a dreamer. What she didn’t know then, was that she was destined to become one of the most influential health professional leaders of her country and a formidable, passionate advocate for health, women and equality.

Kylie currently serves as the CEO of Australian College of Nursing (ACN). She has led a program of transformation at ACN, turning around membership numbers to increase revenue and tripling student numbers – all within five years.

She has done this by leading the ACN community to find their relevance through policy leadership, political and industry influence. ACN is now Australia’s beacon for Nurse Leadership.

Kylie holds honorary academic appointments with five leading Australian Universities and was ministerially appointed as a Director to ADHA (Australian Digital Health Agency) and NHMRC Health Translation Advisory Committee (HTAC) whilst holding numerous other board positions. In 2020 Kylie was named as one of the Top 100 Health Voices for LinkedIn worldwide and in 2021 was recognised as a National Influencer by AuSAE, the leading body for Association Executives.

Kylie has served on Senate and Parliamentary Inquiries and gave evidence at the Aged Care Royal Commission of 2019.

In 2017, Kylie won Telstra Businesswoman of the Year in ACT for Purpose and Social Enterprise. 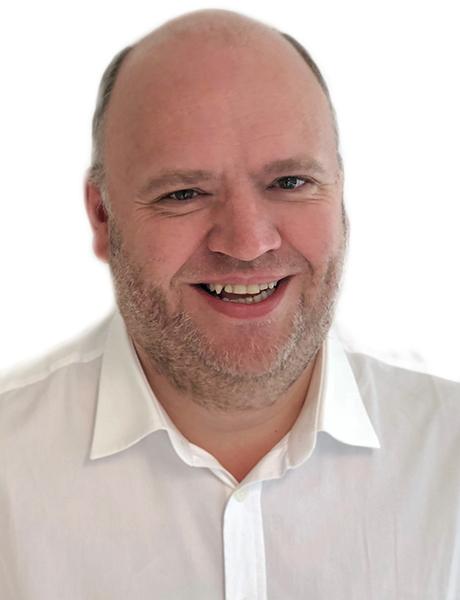 Neil Haynes’ career has spanned both profit and not-for-profit sectors, with extensive experience gained both in Australia and the UK. His most recent roles were Director of Finance in the employment services and training sector and, prior to that, with the largest independent Chartered Surveyor in Europe.

Passionate about finance and driven to get involved and understand the strategic business needs of ACN, Neil thrives in working closely with all arms of the organisation to ensure they are empowered and equipped to deliver high quality services to our members, stakeholders and the nursing profession. Neil holds a Bachelor of Science in Accounting from Hull University and is a fellow of the Institute of Chartered Accountants in England and Wales. (FCA).

Tiffany King has spent more than 30 years working across the health, education and IT sectors, including senior roles in communication, marketing, advocacy and engagement for the Pharmacy Guild of Australia, stakeholder communications in the National Incident Room for COVID-19, launching the National Digital Health Strategy and My Health Record. Previous work includes national communications for the GP training program – AGPT. Tiffany’s role as Chief of Staff is to support the CEO working across the organisation, to bring in the experience of working across Government and with health and education stakeholders to help drive advocacy for the nursing profession. Tiffany holds a BA in Media & Communication and is a Graduate of the Australian Institute of Company Directors. 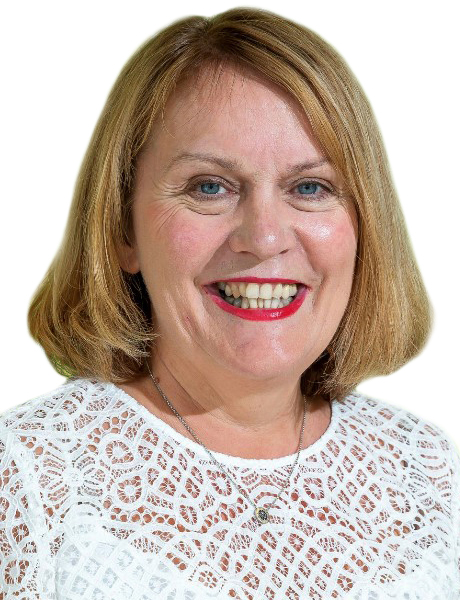 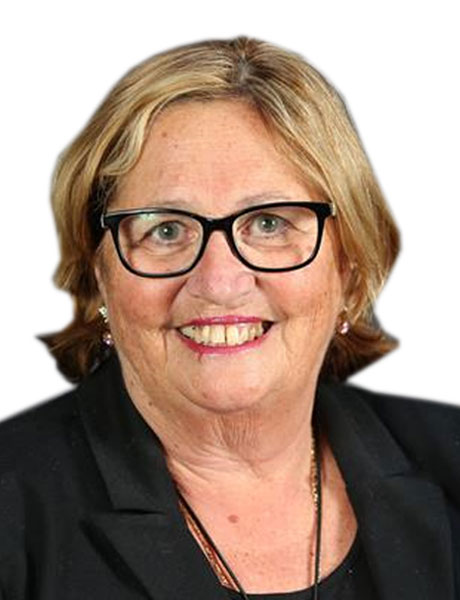