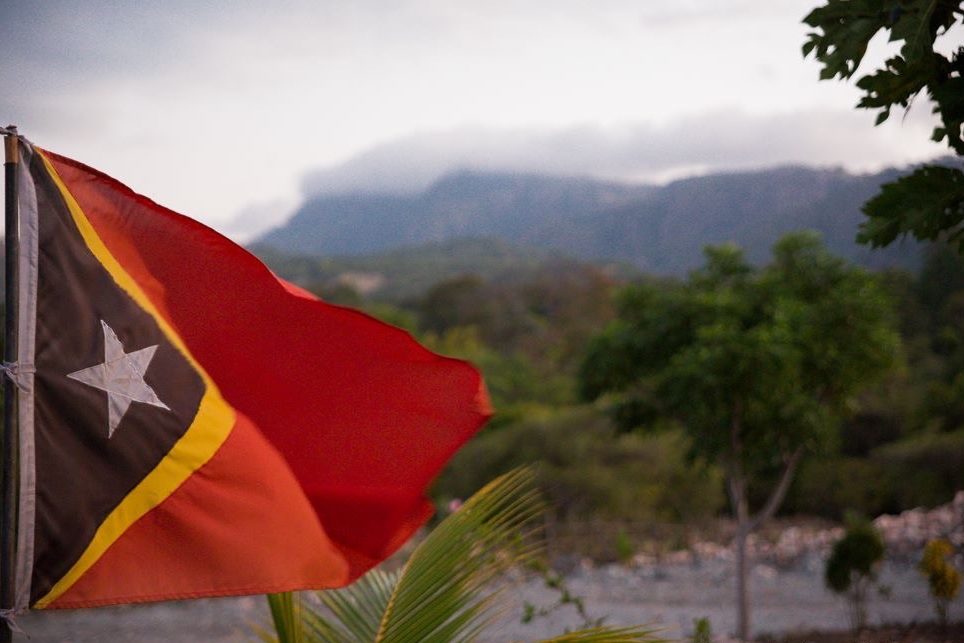 In an effort to assist the Timorese to build capacity and improve patient care in hospitals across Timor-Leste, St John of God Social Outreach, part of St John of God Health Care (SJGHC), has been delivering a Nursing Development Program (NDP) in partnership with the Timor-Leste’s Ministry of Health since 2010.

conflict (WHO 2013, WHO 2015, Cabral et al. 2013). Nurses in Timor-Leste, as in other low-income or developing countries, contend with an overwhelming disease burden, persistent human resources crises, inappropriate skill mix and mal-distribution of health workers (Ng’ang’a & Byrne 2015).

Timor-Leste gained independence in 2002 but was left with weak technical and management capacity in most sectors, including in the health sector. Estimates are that greater than 70% of the Timorese health infrastructure was damaged or destroyed, 80% of the country’s managers left the country and only 20 doctors remained by the end of the conflict (Cabral et. al. 2013).

In partnership with Timorese counterparts, SJGHC was able to identify that a lack of leadership and management capability, basic or non-existent organisational and operational structures, and issues relating to nursing and medical workforce were all contributing to the poor service delivery and patient care at the national hospital, Hospital Nacional Guido Valadares (HNGV).

An external functional analysis conducted in 2014 (Cote, A and Neno, M. 2014) helped illustrate the extent of the challenges facing the HNGV. Notably it identified that management capacity was extremely low throughout the hospital, that the majority of management positions were occupied by nurses with no management education or background, and that no training had been provided to managers regarding job requirements, expectations and goals. 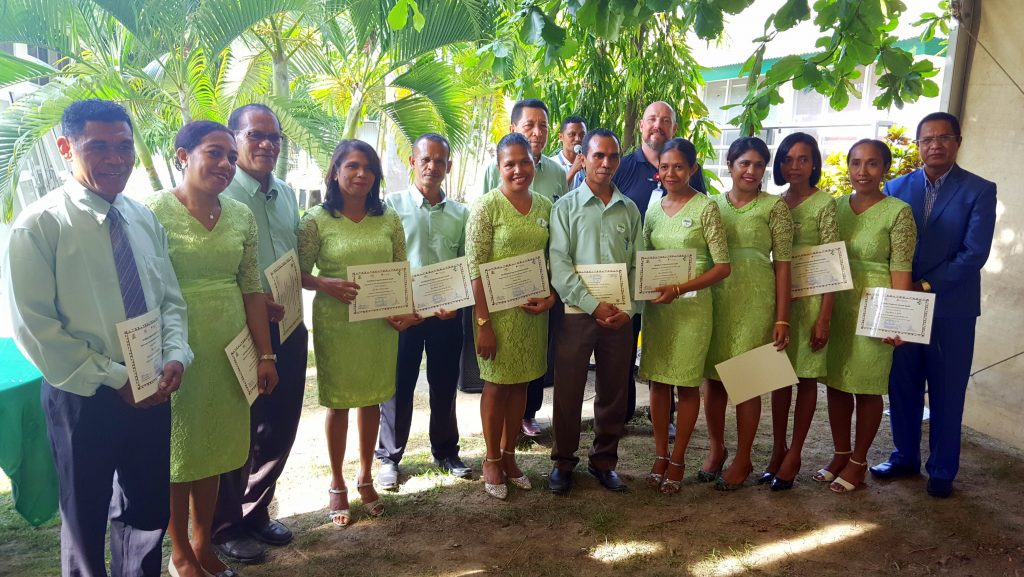 To specifically address leadership and management capability at the HNGV, SJG Social Outreach developed and introduced Health Manager Program (HMP) for emerging and established nurse and other hospital leaders. Part-funded by ConocoPhillips and developed in conjunction with Geelong-based consultant Catherine Gillespie, the program provides participants with the knowledge and skills needed to best lead their teams, as well as enable them to undertake quality improvement processes to create positive changes in practice across hospital units.

HMP was the first leadership initiative based on site at the HNGV that was specifically developed for nursing and hospital leaders; that incorporated on-the-job projects and included follow-up in the form of mentoring and tutorial style sessions, to ensure maximum skill development and participation.

The HMP utilises project-based learning, which encourages participants to demonstrate how they have transferred newly acquired knowledge and skills to their work environment.  Some of the specific training areas that have been addressed through the project-based learning include the development of bedside handover at shift changeover in medical units; improving medication safety by storing and administering patient medication from bedside cabinets; and addressing staff punctuality.

The success of the program is being seen across multiple platforms at the hospital with the most significant achievement being the change in behaviour among staff to deliver patient focused care. Of the 12 nursing graduates from the 2016 program, three went on to secure supervisory positions across the hospital.

A further indicator of success has been the HNGV prioritising the course for leaders across the hospital with a larger intake of 17 nursing and allied health leaders enrolled and participating this year.

The intent is for local Timorese health professionals to continue to run the HMP into the future. For this reason, the 2017 program was delivered in conjunction with representatives from the Ministry of Health training department, Instituto Nacional de Saude (INS).

The early success of the HMP would not have been possible without the dedication of the Timorese course participants, the support given to the program by HNGV Executive and the INS. The program has thus far demonstrated the potential to support managers to lead their teams in delivering patient focused care, and to bring about better health outcomes for the people of Timor-Leste well into the future.