Global nursing roles: The threat of nuclear war and nursing implications on a global scale 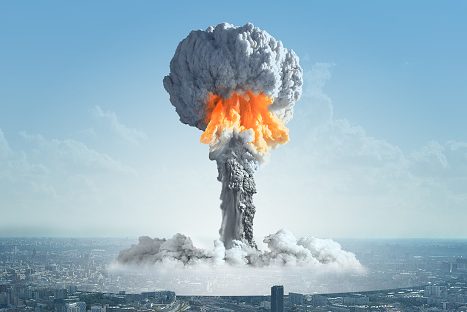 These high levels of military expenditure have been identified by civil campaigners as a major source of wasted resources that could otherwise be redirected to global wellbeing programmes. For example, in 2015 the United Nations agreed to a set of 17 new Sustainable Development Goals (SDGs) as successors to the Millennium Development Goals.

Many of these would require substantial financial investment that could potentially be met by cuts to world military spending (Avery, 2016). A report by the Sustainable Development Solution Network in 2015 found that achieving the SDGs in health, education, agriculture and food security, access to modern energy, water supply and sanitation, telecommunications and transport infrastructure, ecosystems, emergency responses and humanitarian work (including additional sums to allow for climate change mitigation and adaptation) would require further spending from public sources of $760–$885 billion a year between 2015–2030 (at 2013 prices) (SIPRI, 2016). This amounts to 46–54% of the world military spending in 2015 (SIPRI, 2016).

Nuclear weapons are the most destructive, inhumane and indiscriminate weapons ever created. Both in the scale of the devastation they cause, and in their uniquely persistent, genetically damaging radioactive fallout, they are unlike any other weapons (ICAN, 2016).

Nuclear weapons have been used twice in warfare – targeting the Japanese cities of Hiroshima and Nagasaki in 1945. More than 210,000 civilians died by the end of that year and many more suffered acute injuries following the blasts. The failure of nuclear powers to disarm has heightened the risk that other countries will acquire nuclear weapons. All efforts must be made to eliminate these weapons (ICAN, 2016).

Nine countries together possess more than 15,000 nuclear weapons. The United States and Russia maintain roughly 1,800 of their nuclear weapons on high-alert status – ready to be launched within minutes of a warning. Most are many times more powerful than the atomic bombs dropped on Japan in 1945. A single nuclear warhead if detonated on a large city could kill millions of people, with the effects persisting for decades. The use of tens or hundreds of nuclear bombs could disrupt the global climate, causing widespread famine (ICAN, 2016; The Tasmanian Centre for Global Learning, 2016).

Nursing roles in a nuclear disaster

An earlier published article (Ruler, 2008) has highlighted the role that nurses can take in the event of a nuclear disaster. Ongoing patient care may involve the additional expertise of surgeons, technologists, oncologists and palliative care teams. Administration of fluids and electrolytes, transfusions, treatment of wounds, burns and pain control are important components of primary intervention.

Radiation exposure may result in long-term burns and hair loss, and may take days to months to develop. As the principals of bacterial and radiation contamination are very similar, they must be treated with specific reference to the degree and source of the contaminant. Contaminated clothing should be removed as soon as possible (Ruler, 2008).

The International Red Cross/Red Crescent (IRCRC) has come out strongly stating that there is no possibility of an adequate response in the event of a nuclear attack. They advocate the only ethical approach is to prevent their use and IRCRC very strongly support nuclear weapons abolition.

Biological weapons, chemical weapons, anti-personnel landmines and cluster munitions are all explicitly prohibited under international law but only partial prohibitions currently exist for nuclear weapons. The International Campaign to Abolish Nuclear Weapons (ICAN), an initiative of the Medical Association for Prevention of War (Australia) has successfully participated in a United Nations working group resulting in a resolution to launch negotiations for an international treaty to ban nuclear weapons. Negotiations for this profound step forward have been on the UN agenda since the UN’s formation in 1945 and will commence in 2017.

At the 2016 meeting of the First Committee of the UN General Assembly, 123 nations voted in favour of the resolution with 38 against and 16 abstaining (ICAN, 2016). Australia and most of the nine nuclear armed nations voted against the UN resolution.

Therefore, it is up to all Australians, especially health professionals interested in promoting national and international peace and wellbeing, to lobby our parliamentary representatives locally.  Health professional groups such as nurses are encouraged to do this with the Medical Association for Prevention of War, a group of concerned health professionals. Please consider calling or writing to your local MP urging Australia to support ban treaty negotiations or see mapw.org.au for more details.

At the frontline of health care, nurses experience the impact of major budget cuts on essential health and welfare programs first hand. It may be then, that nurses with a passion for peace may become the very instigators of change toward a nuclear weapon free world.

Acknowledgement: The author would like to thank the Medical Association for Prevention of War President Dr Margaret Beavis for her review of this paper.

The Tasmanian Centre for Global Learning, 2016, A Fairer World, accessed May 22 2016 < http://www.afairerworld.org/peaceandconflict/theeconomics>