Luke Yokota MACN: The building blocks of a nursing career 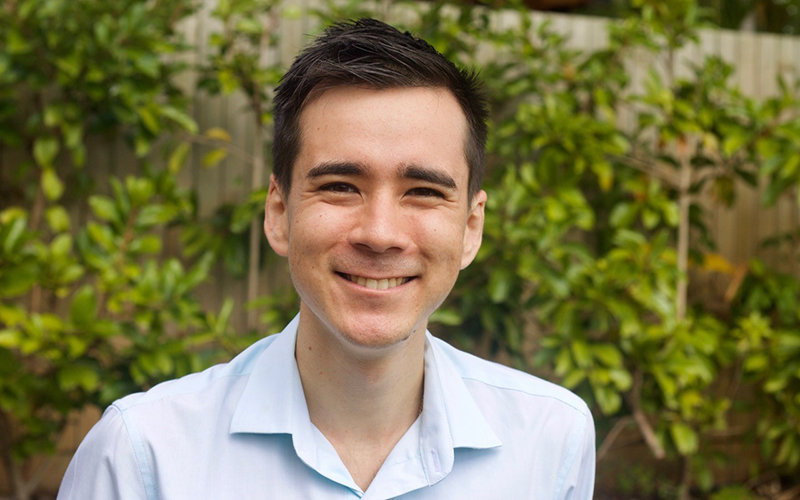 I am very proud to be a part of the nursing profession. During my career as a nurse I have never looked back. Willing to give it my all, be with people and support them as much as possible. My original call into nursing didn’t start at an early age nor did I think I would ever want to be a nurse. When I was a child many other professions came to mind before nursing. Some were quite the opposite, I wanted to be in construction. My childhood aspiration was to be a civil engineer.

Ever since I was young I had the greatest fun with Lego. I used to build late at night when I was little, my mum recalls I didn’t want to sleep when I received my first Lego set. It was so much fun to make something out of basic building blocks. My enjoyment of Lego stuck with me. I was six years old at the time. Life went on and I continued to love to draw, build and play. Whenever someone would ask “What would you like to be when you grow up?” I responded “an engineer”. When I was in High School, I enrolled into classes such as advanced mathematics, physics and engineering. Through high school I had convinced myself that I wanted to be a civil engineer and was positioning myself in the best position to achieve this goal, I had support from my teachers, friends and family. Everything in my life was encouraging me to pursue that role. In fact there were a significant proportion of my friends who all wanted to be engineers also, I had a comradery with this and it was easily to fit in.

Senior year quickly approached and the decision to make my mind up on my future career was not far away. Receiving good grades in high school, I had a large choice of university courses I could select. I really had the capacity to nearly study anything. However, something changed, suddenly engineering wasn’t as enticing as it had originally been. Maybe it was because I had not picked up Lego blocks for a couple of years…? Joking aside, I had come down to a crisis that most young adults leaving high school come to, ‘What do I want to be?’

I continued to attend school, hang out with friends and enjoy my family. I started to hear nurses are incredible people. They support people, are with people in the both the hardest moments and most joyful moments in their life. My interest peaked and I started to investigate.

None of my family members were medical health professionals, nor did I spend much time in hospital as a child. I didn’t really know what a nurse was or what they did. It took me some time to put it all together and even what I thought was a nurse in the early days has been superseded by what I know today. I can go into all the intricate names and roles of what a nurse can be and do however what really engaged me to consider nursing as a viable career option was caring and nurturing people.

During the same time my interest further increased with nursing when my grandfather went into care. I would often visit him in his aged care home down the road from where we lived. Instantly I decided to volunteer. From my experience of volunteering at the nursing home my admiration for the profession grew. ‘We really do need nurses,’ I thought to myself. The final cut off day to enter my preferences to enrol into University arrived, I remember switching my preferences up and down undecided on whether I’d put nursing, physiotherapy or engineering first. Finally, the online portal had closed and nursing was the first preference. Although I was extremely committed to starting and completing my studies I decided to take a gap year.

One day during my gap year when visiting my grandfather in care with my family the discussion of my career choice came up. At first my grandfather was in disbelief and surely assumed it was a joke and started laughing. He couldn’t rectify a man wanting to be a nurse based on his beliefs and life experience. This shook my confidence as up until this point I hadn’t really received any negative feedback. However, with conviction and gentle support of others I continued with my choice of profession.

“We are there for the moments people remember for the rest of their lives.”

The first day of university was intense, just purely by the new atmosphere, people and adult learning. However I quickly found my way and resourced appropriate support which included friends, lecturers, fellow students and family. During my training I found nursing was so much more than everything I had imagined it to be. I discovered we are privileged to be a profession that impacts the daily lives of so many people. We are there for the moments people remember for the rest of their lives. If that be a death, a miracle recovery or a simple check-up that confirms good health. Being shown that it is such a responsibility to be always there for your patients was a sobering moment. I continued to become more involved within my school of nursing and midwifery, participating as a student representative, being an ambassador to both Taiwan and Japan, while loving sharing my experiences through the mentoring programs enabling third year students to mentor first year students.

The three years went very fast. After completing some hospital, age care and community placements the reality that I would soon be a registered nurse and have the responsibility to care for individuals began to sink in. During this time my grandfather began to deteriorate and he was sent to hospital. It was a time for the family to come together. Soon after he was receiving palliative care. Although he was mostly non-verbal by this stage this didn’t stop me from holding his hand and wiping his face with a warm hand towel. I got a sense all these gestures deeply settled him. Over the next few days he passed. This was a deeply sad moment for many members of the family, but again this was an experience that confirmed the role of nurses at the end of someone’s life to provide dignity, respect and care in someone’s final moments. I felt this experience I was one step closer to really appreciate the power of becoming a nurse.

As a new registered nurse, I was very fortunate to be part of a graduate nursing program. From there I found further insight into the fine intricacies of modern health care. I have been invited to participate in working groups which address the change required for health to remain relevant and accessible. These experiences have shown me that nursing is a profession that has an appetite for change and a profession for the future. Nurses see change is needed within our health care system and they are willing to be the agents of change. There is no contesting that there is such a huge diversity in nursing, from nurse practitioners, paediatric nurses, nurse researchers, nursing mangers, equipment specialists. This is why I continue to be a nurse and have plans to continue for many years to come as long as the profession and patients will have me. I would encourage anyone, man or woman, to look beyond the traditional framing of nursing and see its translation into modern health care, love for people and willingness to challenge the status quo.

ACN is strongly dedicated to addressing the key issues facing men in the nursing profession. We are currently seeking stories from men in nursing which will be released in a campaign later this year. If you are a male nurse, we would love to hear about your journey in the nursing profession. Please send through a 500-800 word piece detailing your experience to publications@acn.edu.au.

Search
Latest news and blog posts
Go to Top
acn.edu.au uses cookies to ensure you get the best experience on our website and to analyse our traffic. By clicking ACCEPT COOKIES or continuing to browse the website you are agreeing to the use of cookies.ACCEPT COOKIESLEARN MORE