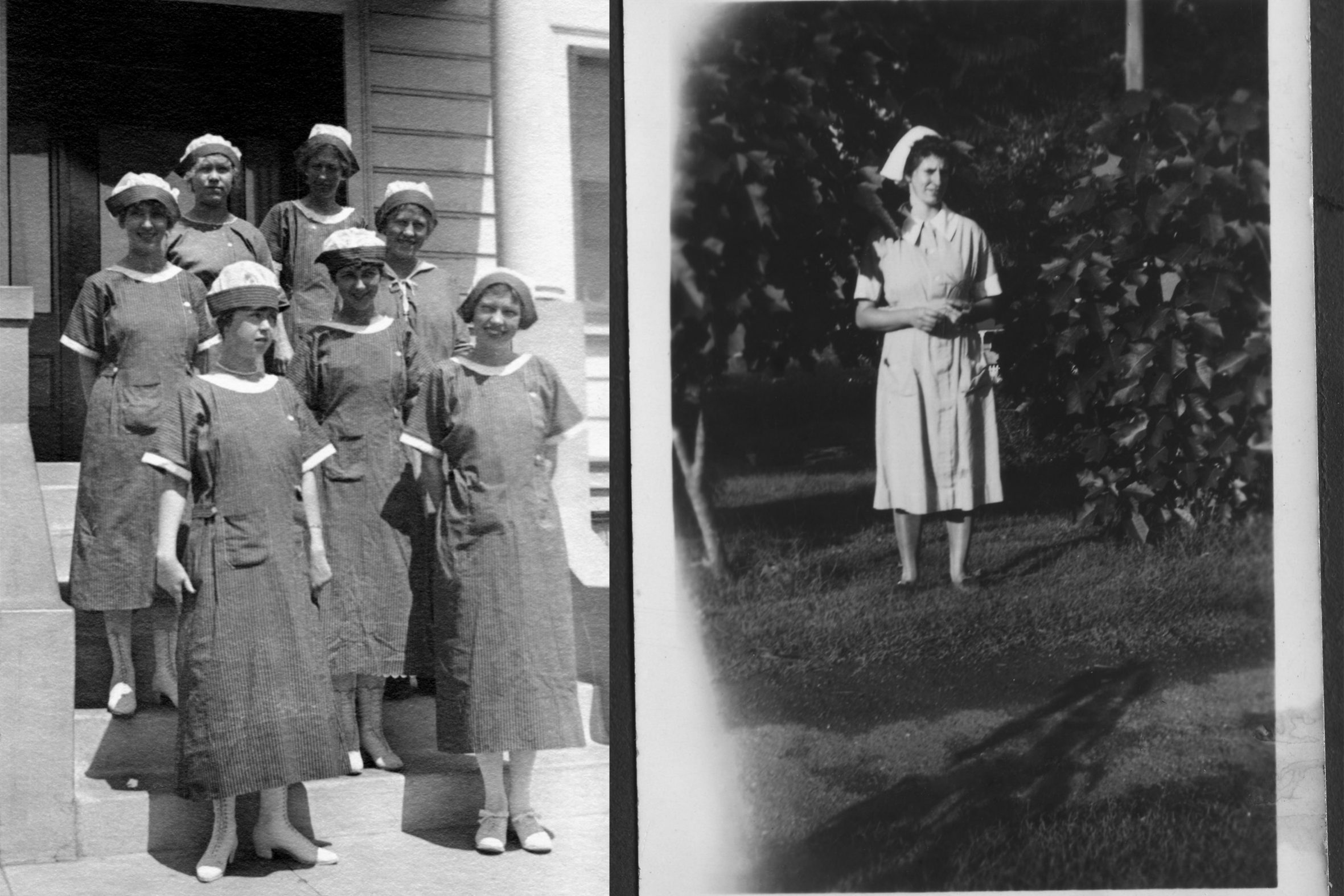 The topic I am writing about is ephemeral and difficult to name. It is something that happens albeit unconsciously to all of us who enter the nursing profession. It is something that those on the inside recognise, feel and appreciate but which is not so easily recognised, appreciated or understood by those on the outside. It is something we have imbibed, something that is instilled into us – tradition! The Jewish people know it well. Remember Fiddler on the Roof and the song of Tevye the milkman, Tradition? The word is derived from the Latin, traditio meaning to hand on or to hand over. The persistence of a tradition is said to arise out of attachment to things past, to past societies, to past beliefs and perceptions or to persons who lived in the past (Edward, 1971).

The process by which tradition is “handed down” is called acculturation or socialisation, in other words, the acquiring of values, norms, ways of behaving and embodying the symbols of a group (Styles, 1982). The term thus has a more subtle meaning than indoctrination, which can simply mean “teaching” but today carries the more sinister meanings of brainwashing, propagandising or proselytising.

Acculturation has to do with “collective memory”. French Sociologist, Maurice Halbwachs first coined this term in the 1920s. He suggested that “a collective memory…is understood to express some eternal truth about a group” (Halbwachs, 2010). According to Halbwachs, collective memories originate within a social framework so that what we remember often depends on the social context and group with whom we identify and relate. Individual memories, reconstructed according to the relationship an individual has with a social or work group, are sustained and survive in this fashion (Hutton, 1993). At times, it is a risky activity to question collective memories. It is precarious because so much of a person’s identity can be immersed in such memories, for example, the memories of Holocaust victims or the graduates of any hospital or university.

Acculturation is wrapped up with identity: who I am as a nurse, finding my place (and accepting it or not) in the hierarchy of the nursing world.  Our memories ought to prompt historical inquiry, that is an inquiry into the historical past as it was experienced not just as it is remembered. Memories of nursing experiences while vivid are also associated with and arise from the cultural context in which they are acquired. Such experiences can also involve a forgetting. We repress, very often, those memories, which recall unpleasant or embarrassing experiences in favour of recollecting and reconstructing the humorous, poignant or flattering encounter. Memories, we all know, can be either positive or negative.

More importantly, the culture of nursing ought to be centred upon compassion, the ability to care in any health care environment or organisation.  A Culture of care Barometer developed in England in 2015 measured the culture of care in the National Health Service (Rafferty et al., 2015). The development of this instrument stemmed not only from failures of compassion in health care settings but also from the realisation that a culture of care had the potential power to shape the experiences of both the patient, nursing staff and health organisation resulting in positives outcomes for all three entities. A study of the methodology and testing of this instrument is documented in the British Medical Journal (Rafferty et al., 2017). To date, the Barometer remains a tool as there is no further evaluative data available concerning its implementation (Rafferty, 2017).

Acculturation is certainly a process that happened to all young women and men who entered nursing in the period of hospital based training schools. Take for example the female nurses’ uniform, universally recognised throughout the 19th to the early 20th Centuries. Most nurses who donned their uniform each working day were proud to wear it; acknowledging the recognition and status it brought. Today, this historical nurses’ uniform is often disparaged as representing domestic service, as regimental, restraining and a convention that did away with individualism. The uniform of the nurse in training certainly promoted uniformity with the starched collar, cuffs and white apron. As well, associated with the uniform were many rituals. The ritual of rolling the sleeves down while doing rounds with a doctor or matron, or when serving meals to patients was accepted practice in one hospital. The nurses’ cap with differential markings pointed to and symbolised the nurses’ status, from probationer to fourth year senior nurse. Above all, the ambition of every nurse in training was to aspire to the sisters’ veil, which signified power and authority. Yet how many trained nurses hid behind the authority of the veil and were left with a sense of disempowerment when it was discarded?

So what? It’s all past history and has nothing to do with the present.

North American nurse, Margretta Styles wrote some sound advice way back in 1982: if nursing was to change it was necessary for nurses to change, “we must change the way we think, the way we feel, and the way we act,” (Styles, n/d). Nursing has examined its past and exposed many of its myths and rituals. We might, nay should, critique the changes that have happened in nursing and in the nurse. However, what if the past inhabits the present? What if the past is encapsulated within the present and is alive and active, albeit in different forms and disguises? There is a need to discern the positives to be sustained and the negatives to be discarded. Wisdom comes in knowing the difference.

I am aware that history helps define and validate us. It helps us understand who we are as an individual and as a profession. History can help us make wise judgements: by assessing, researching, questioning and analysing our past, we can acquire some valuable lessons about how to proceed, or not, and gain some insight into where our actions might take us.

In conclusion, I want to leave you with some questions to ponder. How are young women and men who enter the nursing profession acculturated/socialised today? What traditions (if any) have been/are being passed down? What (If anything) has been lost or gained in postmodern nursing culture? How can we reflect positively on the nursing culture of today?