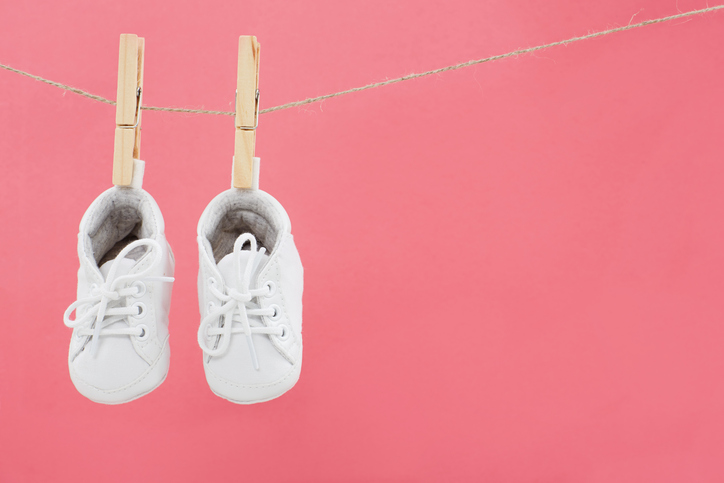 Of the 310,330 live babies born in Australia in 2014, approximately 91% were born at term (37–41 weeks) and 9% were pre-term (before 37 completed weeks’ gestation) (Australian Institute of Health and Welfare (AIHW) 2016, p. 4). Premature birth is associated with a range of adverse outcomes – most notably lung dysfunction – which has the potential to impact on the health of effected individuals throughout their lifespan (Carter, Granty & Carter, 2016, p. 921). As the survival rates of prematurely born infants continues to rise, interdisciplinary cooperation is being directed towards improving the quality of survivors’ lives. This article describes the pathological processes leading to lung disease in prematurely born infants and some of the initiatives being implemented to enhance respiratory outcomes.

Surfactant is a phospholipid which reduces surface tension, the inspiratory force required to inflate the lungs and maintain residual functional capacity (Carlson, 2014, p. 364). Surfactant synthesis occurs in early gestation but escalates dramatically in the weeks preceding birth, to the highest level of any time in life (Carlson, 2014, p. 364). This process, along with respiratory movements in utero and the secretion of thyroid hormone and growth factors, prepares the infant for independent respiration (Carlson, 2014, p.364). The capacity for optimal gas exchange is enhanced, as developing blood vessels stretch the pulmonary epithelium, bringing pulmonary capillaries and alveolar surfaces into close proximity (Blackburn, 2013, p. 311).

Babies born prior to 30 weeks gestation are at risk of developing hyaline membrane disease, bronchopulmonary dysplasia and chronic lung disease. Hyaline membrane disease (HMD) occurs as a result of the pulmonary underdevelopment described and surfactant insufficiency (Carlson, 2014, p. 364). Due to linear lung development, the risk of HMD is inversely related to gestational age, with an incidence of 60% at 29 weeks, falling to 20% by 34 weeks gestation (Carlson 2014, p. 458). Broncho-pulmonary dysplasia (BPD) is a chronic lung disease first reported by Northway, Rosan and Porter, in 1967. It is a condition which develops as a result of barotrauma, following the mechanical ventilation and oxygen therapy used to treat respiratory distress and hyaline membrane disease, in premature infants (Davidson & Berkelhamer, 2017).

Respiratory Distress Syndrome (RDS) presents as rapid, labored breathing and sub-optimal oxygenation. It is best treated by the provision of minimally injurious respiratory support, early exogenous surfactant administration, the judicious use of supplementary oxygen and early closure of the patent ductus arteriosus (Carlson, 2014, p. 458; Davidson & Berkelhamer, 2017). As indicated, the condition is most commonly attributable to HMD. However, with sepsis, congenital cardiac disease and renal impairment, neurological and metabolic causes must be excluded as contributing causes (Gallacher, Hart & Kotecha, 2016, p. 32). Serial radiology and echocardiography are crucial to identify the underlying cause, and to direct and monitor treatment (Gallacher, Hart & Kotecha, 2016, p. 32).

The terms broncho-pulmonary dysplasia (BPD) and chronic lung disease (CLD) are often used interchangeably. However, BPD is only one of many conditions with the capacity to chronically impact on respiratory health. Others include pulmonary atresias, pneumonia, congenital heart disease and meconium aspiration syndrome (Gardner, Enzman Hines & Nyp, 2016, p. 603). Definitive diagnosis is made based upon an infant’s requirement for supplemental oxygen at 28 days of life – and/or 36 weeks corrected gestational age – with the length of supplemental oxygen dependency, used to indicate disease severity (Gallacher, Hart & Kotecha, 2016, p. 34; Gardner, Enzman Hines & Nyp, 2016, p. 604). It is not uncommon for prematurely born infants to be discharged home on supplemental oxygen and to require regular hospitalisations for acute exacerbations of respiratory conditions, throughout infancy.

Almost 1:10 babies are born prematurely with ongoing lung dysfunction, impacting throughout the life span. As survival rates increase, the need to minimise lung damage and vigilantly avoid treatment regimens known to negatively impact on lung development, are required. One of the ways this can be achieved is by the employment of minimally injurious, non-invasive, respiratory support. To this end, interdisciplinary cooperation is being directed towards the finessing of treatment regimes to improve neonatal outcomes and the respiratory health of survivors.

Editor’s note: Trish designs and develops our Graduate Certificate in Neonatal Care. This graduate certificate will expand your knowledge and skills for the provision and coordination of evidenced-based care for the neonate and their family. Visit our website for more information.

REFERENCES
Australian Institute of Health and Welfare, 2016, Australia’s mothers and babies 2014—in brief, Perinatal statistics, series no. 32. Cat no. PER 87, AIHW, Canberra