My experience caring for someone with motor neurone disease 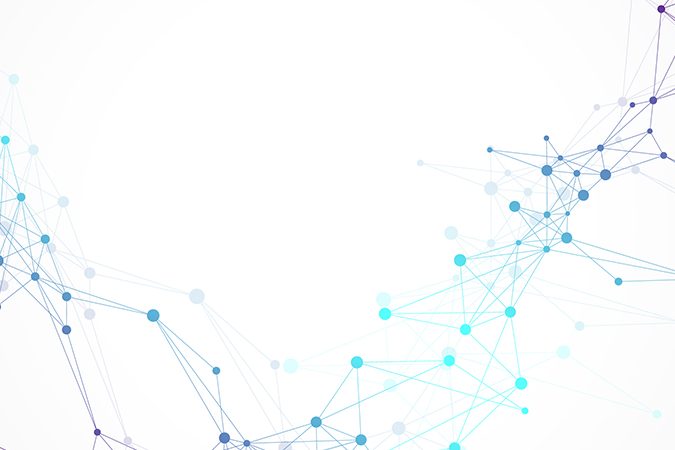 In the Bachelor of Nursing/Bachelor of Nursing and Midwifery program at Monash University, one of the final year units looks at chronic illness management within the primary care setting. The unit covers the management of clients with a wide range of chronic illnesses, care of the ageing person and palliative care. In our workshops for the Palliative Care Week we introduced the students to the complex needs of someone with motor neurone disease (MND) which was quite challenging for many of them. For one of the students it was more than just a clinical exercise, for her it was personal. Following is her story about her journey, caring for her father with MND.
Pieternella Foley Lecturer MACN

Dad was diagnosed with MND at 40 years of age; I was 14 at the time and my younger brother, Aiden, turned four that day. I remember watching my parents walk into the waiting room and Dad falling to his knees when he saw us. I had not known true sadness, fear and loss until that day.

Three years prior to Dad’s diagnosis my family relocated to rural Victoria from Tasmania and eventually built their forever home. Dad’s impending unemployment would prevent mortgage repayments; therefore, my parents were forced to sell. We relocated to Nan’s house in Tasmania as this was not a journey we could undertake without family support. Moving interstate meant that my younger sister, Shandell, and I left our friends, school and identity. I began to experience moments of anxiety and numbness as I struggled to cope with the overwhelming changes occurring in my life.

Upon arrival, my parents were provided with equipment including a wheelchair, foot braces and specialised cutlery. Thanks to the MND Association (2018) the bathroom was renovated to create a commode accessible shower. The association became a great support for the family, we attended many meetings, fundraising events and Christmas celebrations.

Dad had worked full-time as a locksmith manager while operating another business from home in Victoria. He enjoyed being busy, active, and involved in the community. Dad continued his locksmithing work by opening an eBay store and selling products with our assistance. He enjoyed this hobby and hoped to support families like ours by contributing 10% of his sales to the MND association. Dad’s charitable efforts were inspiring to me during these formative years. He taught me to be brave and to make the most of difficult situations.

Eventually, personal care services commenced as Mum felt herself becoming more of a carer than a wife; I often felt the same as a daughter. It was confronting and invasive having carers in our home, at times Shandell and I were too embarrassed to leave our room and interact with them. The carers were extremely kind and respectful, which provided a sense of comfort and helped us adjust to the changes. Despite the ongoing support, Shandell and I were still faced with responsibilities far beyond our years, making it difficult to relate and feel supported by our peers.

Dad eventually consented to PEG tube insertion due to inevitable loss of digestive musculature. This significant step forced him to acknowledge future deterioration and had a profound impact on his self-esteem. It was overwhelming to consider what lay ahead for Dad and the thought of him unable to eat or breathe was terrifying.

My parents would often visit friends but as Dad deteriorated, transferring to and from the car became more difficult and dangerous. The risk of injury became too great and a maxi taxi with Dad’s electric wheelchair became the only option. Unfortunately, costs were high and resulted in them socialising less. Opportunities for family outings were increasingly limited and spontaneous trips ceased to exist.

More funding for carers and equipment, including a standing hoist, was provided. Having a carer to feed Dad dinner was a relief as one member of the family would have a cold meal to feed him first; the dishes being done was a bonus! The additional services were made necessary as Mum sustained a shoulder injury from transferring Dad on her own. Every aspect of our daily lives revolved around the carers, which was frustrating but eventually they became part of our family. Friends and family visits reduced from distress caused by Dad’s deterioration; having a laugh with his carers really helped him through these dark times. Even with the support from carers, as the oldest child I was faced with additional responsibility when Mum was unwell. Alongside studies, I would care for my siblings and be responsible for housework and became emotionally and physically exhausted.

As Dad deteriorated our interactions with him changed. As we could no longer hug Dad, he and Aiden would touch their foreheads together, referred to as a ‘head butt’. They would spend time together by watching a movie with Aiden sitting on the arm of Dad’s chair feeding him snacks. Observing these moments were very bitter-sweet; I often wondered if they would be huddled on the floor constructing Lego if Dad was well. Dad’s agitation was confronting for all of us; he developed a very specific routine and organisation of his space. I managed my frustration by putting myself in his shoes, being bound to a chair, knowing that his life is being consumed by a terminal disease.

The palliative care team and MND association funded a device named ‘Tobii’. Tobii connected to Dad’s laptop and enabled him to control it using his eyes, through Bluetooth he could also make phone calls and change the TV channel. The independence and enhanced quality of life that Tobii brought to Dad’s final years was phenomenal and such a relief for us.

As Dad’s communication deteriorated he became reliant on us to convey his needs to others. Simultaneously, his swallowing capabilities deteriorated; we would often fear him choking with every meal. On bad days we would utilise Dad’s PEG tube to prevent aspiration. On a positive note, he was able to utilise the PEG for Movicol and Ordine, much to his relief.

Occasionally respite was arranged, often leaving the house feeling quiet without Dad and carers; I knew that the house would feel like this when he passes. I simultaneously dreaded and anticipated the breaks. Mum was suffering sleep deprivation from Dad’s sleep apnoea and frequent repositioning requirements. Understandably, Dad was extremely upset and distressed upon going, which provoked intense feelings of guilt. Unfortunately, Mum continued to struggle with her physical and mental health and Dad was moved permanently into a nursing home. The decision was sudden; I felt incredibly hopeless and heartbroken especially as Dad planned to die at home. I was 18 and putting my 44-year old father into a home. The stress and inner turmoil I experienced was compounded by upcoming year 12 exams. It was extremely difficult visiting regularly and leaving him there alone on Christmas and his birthday.

After graduation Dad asked if I was going to university but I couldn’t fathom the idea of losing time with him. Dad always did his best to prevent his illness from depriving us of any opportunities; he strongly encouraged me go to university to pursue my dreams. With difficulty I made the selfish decision to accept my university offer in Victoria as my last chance to make Dad proud. I was the only child he would see go to university, a milestone he was never supposed to make. The decision to leave Tasmania was supported by a scholarship from the university which would enable me to travel home frequently and independently support myself. The palliative care social worker continued to support me interstate which helped me cope. I was constantly fearing the dreaded phone call and missing the opportunity to say goodbye. Every time I would hang up the phone mournfully, wondering if it was the last time that I would hear his voice.

I returned to Tasmania three times during the first semester before the call came. I arrived in time to hold Dad’s hand and say goodbye; this was a gift that I am forever thankful for. The carers came and cried with our family; it was comforting to see how much they cared. The hardest part was telling Aiden, now eight, of Dad’s passing. There were now only four of us sitting on the floor grieving. The support from the palliative care team in the days following was incredible. Mum was encouraged to take Aiden to visit Dad at the morgue; evidence had shown that such gestures can be beneficial for grieving children (National Centre for Childhood Grief, 2018). I believe that Aiden was able to say goodbye as he saw Dad’s peaceful face.

As time goes on, wounds heal slowly. I remember the people who came and helped us care for Dad while supporting the entire family. I will never forget their impact on our lives and the smiles put on Dad’s face. As a carer, student nurse and midwife I have a strong appreciation of my power to positively influence the lives of those we care for. Empathy, resilience and patience are three very important skills that caring for my father taught me and I will practice them forever.