What are five barriers that men face in the nursing workforce? 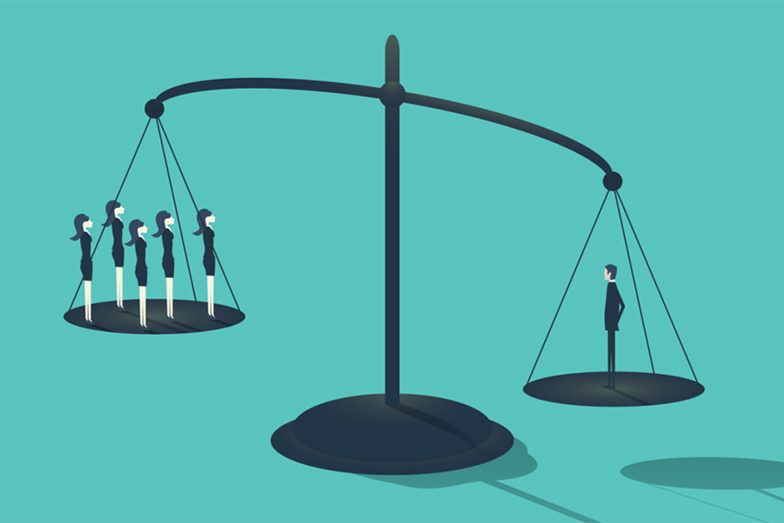 In the wake of this year’s National Nursing Forum (NNF) registered nurse Haydon Cunninghame MACN, Nurse Unit Manager of Acute and Aged Services Tallangatta Health Service, lists five barriers that men face when entering the nursing workforce as a preview of his presentation. Haydon’s address at the NNF was “designed to foster discussion, rather than provide solutions”, and as an experienced nurse himself, is a fitting expert on the topic.

1. Common public perception is that men are not suitable to be nurses

The typical stereotype of a nurse does not usually first fall to a man which lends to the image of the gender not being suited to the profession.

American popular culture has certainly helped to influence and perpetuate this perception, with a notable reference being that of Ben Stiller’s character in ‘Meet the Parents’, being judged and criticised for choosing to be a male nurse instead of a doctor.

2. Nursing is not seen as ‘masculine enough’ for most men in their youth

Haydon tells me that most men enter their career in nursing after pursuing other careers – it isn’t a first choice. “Career advisors do not promote nursing to males in high school [and] almost all men who enter nursing have family members who are nurses.”

This idea is supported by Dr Roslyn Weaver, Adjunct Fellow at the University of Western Sydney School of Nursing and Midwifery, who said in an interview with Reuters Health (Goodier 2013):

“…TV perpetuates negative stereotypes about nursing that they then have to address in practice. So when men in nursing are almost invisible in popular culture or are stereotyped as incompetent or somehow ‘unmasculine’, then men who choose to enter nursing can find it difficult to combat this.

Being in the minority may put male nurses at a disadvantage. This not only means men might be stereotyped but they can also be excluded from particular clinical specialties, face difficulties dealing with older female patients and be expected to do more ‘masculine’ work such as heavier manual work.”

In a 2017 study, depictions of men in the nursing profession were found to “have few role models to looks up to on television or in films where they are mainly portrayed as gay or comical characters” (Ross 2017).

3. Institutional gender bias against men inherent in most nursing programs

Haydon highlights that “especially during clinical practice requirements, different standards are applied to students based on gender”.

Predictions of the national nursing workforce sees Australia being short by 125,000 nurses by 2030, with a majority of that number being retired from the profession, indicating that recruiting and retaining nurses is of a high priority.

4. Lack of reference to men’s contribution throughout nursing history

What might not be common knowledge is that historically speaking, the men in society were the ones who were the primary provider of structured care to patients who were ill. According to Martin Christensen in 2017, “it is only in the last 166 years that nursing has become predominantly female… and this was largely a result of the sterling work of Florence Nightingale”.

As mentioned earlier, Florence Nightingale was outspoken on her thoughts on men in the nursing profession, by saying that men were allowed to be trained to work in asylums where their strength was suitable to care for violent patients, as “she believed the traits of caring and nurturing came naturally to women” – an attitude that has certainly paved the way in which nursing is perceived today.

Due to the Nightingale philosophy being so ingrained in how care is practiced, Haydon concurs by crediting the fact that she was “instrumental in 1850’s in setting up the first formal nursing in the UK which was then widely duplicated in the Westernised [and] developed world”, as another factor as to why men face barriers when entering nursing.

5. Lack of access to male role models during training and entry to practice

For a man to be entering a workforce that is female-dominated and is generally stereotyped as a role for a woman (and vice versa), it can be hard to pursue the profession.

Our RN Haydon describes the situation in nursing:

“Seeking support from other male nurses [is] often seen as a sign of weakness by other clinicians, [and] sadly the adage of nurses eating their young is perpetuated by this perception held by many students that seeking support is not encouraged in the profession, leading to a feeling of professional isolation.

While other female students often support one another during studies, due to the perception that men are either gay, failed entry to medicine or have ulterior motives, female students have been found to be less trusting of male nursing students.

Once men enter the workforce or clinical placements their practice is constantly under scrutiny, with several studies finding that males report the presence of double standards in nursing: one set for female students and another for male students.

This has been found in studies across several countries including: Australia, Canada, New Zealand, the UK and the US.”

Haydon’s presentation certainly helped to raise awareness of these barriers and how we can better address and improve these issues at the NNF this year.