Nursing matters: The power of recognition 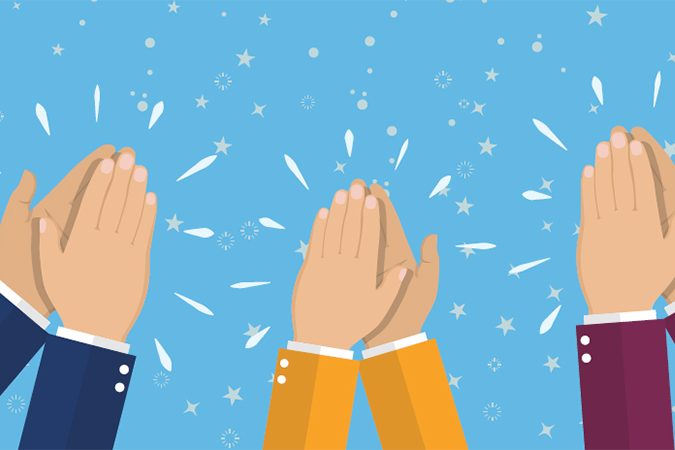 This year, my city’s national league soccer team played in the grand finals and won. It was a big match and a big win and they, and most of the local inhabitants, were ecstatic. As they flew back into town, clutching the enormous gold trophy, they were picked up from the airport in a fleet of convertible Mercedes sports cars. They were driven to the Town Hall along streets lined with cheering fans of all ages. The square in front of the Town Hall was packed to capacity with dancing, jubilant supporters as a DJ stirred up an impromptu disco. When the team appeared on the balcony, fireworks erupted and the roar could be heard across town. The whole thing was broadcast live on national TV.

In Australia, this level of commitment to a sports team surprises no one. It is expected that every big triumph is suitably celebrated. In fact, most professions which encourage public acts of support such as this seem to be popular, well paid and widely admired in our communities. The general public accepts that the professionals are skilled, they perform a service to the public (in this case defending the city’s honour) and they deserve support in hard times and in good.

While nursing is certainly an endurance event, its professionals do not expect or receive quite the same amount of jubilation when they encounter a win, even when that win is actually saving someone’s life. Our work is private, modest, unseen and for the benefit of others and not the glory of ourselves. Can we learn something, however, from other industries who are not ashamed to celebrate their triumphs? Can we find a way to boost our own psychological reserves for the next challenge by requesting public support and not being embarrassed to accept it? One project, started in Germany, is giving it a try.

1min.care is a public campaign to promote acknowledgment for the work of nurses through the simplest of gestures – applause. The creator of the campaign, Sandra Mantz, recognised that our society uses applause to indicate many emotions – recognition, encouragement, respect, gratitude and attention. She also saw that while our society accepts that certain professions often receive this kind of acknowledgement, others almost never do. As someone familiar with the challenges nurses face and concerned about the low self-esteem and burnout evident in many of the nurses she met, Sandra decided to start a movement for change. A campaign which allowed nurses to receive the emotional lift of their own standing ovation.

The premise is simple, 1min.care aims to record 24 hours of applause for nursing. 24 hours because that is the amount of time per day when nurses are in service and may need an emotional injection of support and love. Groups of patients, nurses, community groups, politicians or friends gather together and view a short video of nurses speaking about the power of their profession before they are invited to applaud. Their one minute of enthusiastic applause is filmed and uploaded to Facebook, YouTube and the campaign’s website where they join a library of visual and acoustic support for nursing. For 24 hours of footage, 1,440 one minute clips are required. Since the program’s launch in March, more than 7,281 people have taken part and, in so doing, recognised nurses in their community with their applause and possibly considered the real worth of the nursing profession for the first time.

I was privileged to be at the launch of this campaign at a German national nursing conference earlier this year and was among the first group of participants to record one minute of applause for my colleagues, my profession, and if I admit it, a little for myself. I must say, as a relatively unsentimental person, that I was utterly surprised by the rush of emotion which I felt when hundreds of people stood and I heard the crack of thunderous applause. It made every professional battle, every disappointment and every moment of exhaustion seem acknowledged and it made me so proud to be a nurse. Looking around, I saw other nurses many decades older than myself in tears and I knew that Sandra was right. Everyone, including nurses, needs recognition, respect and acknowledgment.

If you are interested in learning more about 1min.care or your institution would like to submit a 1 minute clip of support, you can view the video here and get in touch with me via the ACN neo site.