Who is to blame for the bullying epidemic? 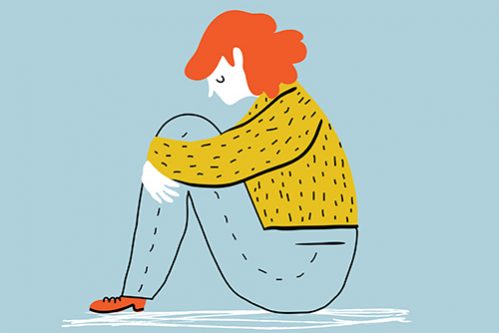 Who is to blame for the bullying epidemic?
Jennifer Wressell MACN

I have worked in health since I was 18, first as a personal care assistant in a nursing home and then as a registered nurse, employed across acute care, remote indigenous communities, aged care and community health. In 2016 I moved out of the health care industry and into science and exploration, managing tradies and scientists over a winter in Antarctica for the Australian Antarctic Division. For ten months I was responsible for a group of people in a very isolated location, and one of the team members was a bully. My experiences in managing this bully were very different to my previous experiences managing bullies in the health care industry. The behaviours that the rest of the team identified, found difficult to cope with and needed assistance understanding were initially not obvious to me, something that I found difficult to understand.

Fortunately concurrently with my expedition leader position I was also undertaking a study into workplace violence through Deakin University. One day the bullying behaviour that I was observing, the effect that it was having on the team and the literature that I was reading suddenly made sense. I had a light bulb moment of insight into how entrenched bullying behaviours are in the health industry, how often we accept workplace violence as normal, part of the job and inevitable. I was struggling to see the bullying behaviour my staff member was displaying because his behaviour seemed almost normal to me after over 30 years in the health industry. I started to ask, who’s to blame? Is our organisational or professional culture to blame? Is health full of bullies or do we create them? What can we change? What can we do differently?

Bullying is defined in Australia as repeated and unreasonable behaviour directed towards a worker or group of workers that creates a risk to health and safety (Safe Work Australia, 2016). In the health care industry and more pertinently, nursing, over 50% of nursing students have experienced bullying and/or harassment during their clinical placements (Budden, Birks, Cant, Bagley & Park, 2017). CRANA (2017) found that 77% of remote area nurses had witnessed colleagues leaving their position due to bullying and/or harassment. 40% of nurses in hospital-based roles reported regular bullying over the preceding 12 months (Frost, 2016). Compared to bullying and/or harassment figures across all occupations in Australia, nursing demonstrated a high level of exposure. In 2014–15, 9.4% of workers across all industries experienced bullying in the preceding 6 months (SafeWork, 2016). Nursing has long acknowledged the issue with bullying or horizontal violence within our industry, but we don’t seem to have been able to change the professional or organisational culture and reduce the levels. There are many theories about why nursing has developed a professional culture of bullying and exploring these can provide insight into how we can change.

All of these hypotheses revolve around the relationship between power, work pressures and available resources. An alternate theory is the idea of desensitisation.

This theory drawn from psychology has demonstrated that exposure to violence can, over time, reduce a person’s arousal state (Krahe, Moller, Huesmann, Kirwil, Felber & Berger, 2011) ie. their fight or flight reaction. With up to 90% of nurses regularly subjected to verbal and physical workplace violence from clients (Reknes, Notelaers, Mageroy, Pallessen, Bjorvatn, Moen & Einarsen, 2017), nurses can become desensitised to violence. Over time and as we become desensitised through multiple experiences of workplace violence, we fail to recognise the effect that it is having on ourselves and the way that we interact with each other. Following an incident of client mediated violence, the immediate and sometimes subconscious response is increased feelings of anger and frustration which can manifest as internal workplace violence displayed as irritability, anger or hostility towards co-workers (Gates, Gillespie & Succop, 2011).

One of the oldest theories around bullying has been that nurses engage in oppressed group behaviour, defined as “…an individual or group (who) not only feels but is relatively powerless compared to another, can take it (frustration) out on each other within the oppressed group, especially on some-one even less powerful”. This theory has been floated since the early 1980s and references the power dynamic between nursing (feminine) and medicine (masculine) as well as societal power dynamics (Roberts, Demarco & Griffin, 2009).

These theories create a picture of why bullying is so prevalent in nursing. Nursing is a profession with a basis in advocacy, health promotion and compassion, however too often we see slow and quiet organisational implosion demonstrated as disengaged employees or professionals, low quality service, high turnover, increasing sick leave and consumer complaints. If we can understand why bullying levels are so high, then we can take steps to create congruence between our espoused organisational and professional values and vision and our behaviours. So let’s think about how we can redefine work roles and resource allocation to support each other. Let’s consider the effect of client-mediated violence on our colleagues, support each other. Examine your personal levels of desensitisation; do you internalise the feeling of frustration and anger following an incident? Do you find you are more irritable following an incident of occupational violence even when the incident seems minor? Do you support a colleague after witnessing an incident of workplace violence, even when your colleague says they are okay? Let’s try to create organisational and professional cultures where our values and vision match our behaviours, assumptions and intentions.

Roberts,S., Demarco,R. & Griffin,M. (2009) The effect of oppressed group behaviours on the culture of the nursing workplace: a review of the evidence and interventions for change. Jounral of Nursing Management, 17, 288 – 293.